A Blade Through Time | Podium Audio

A Blade Through Time 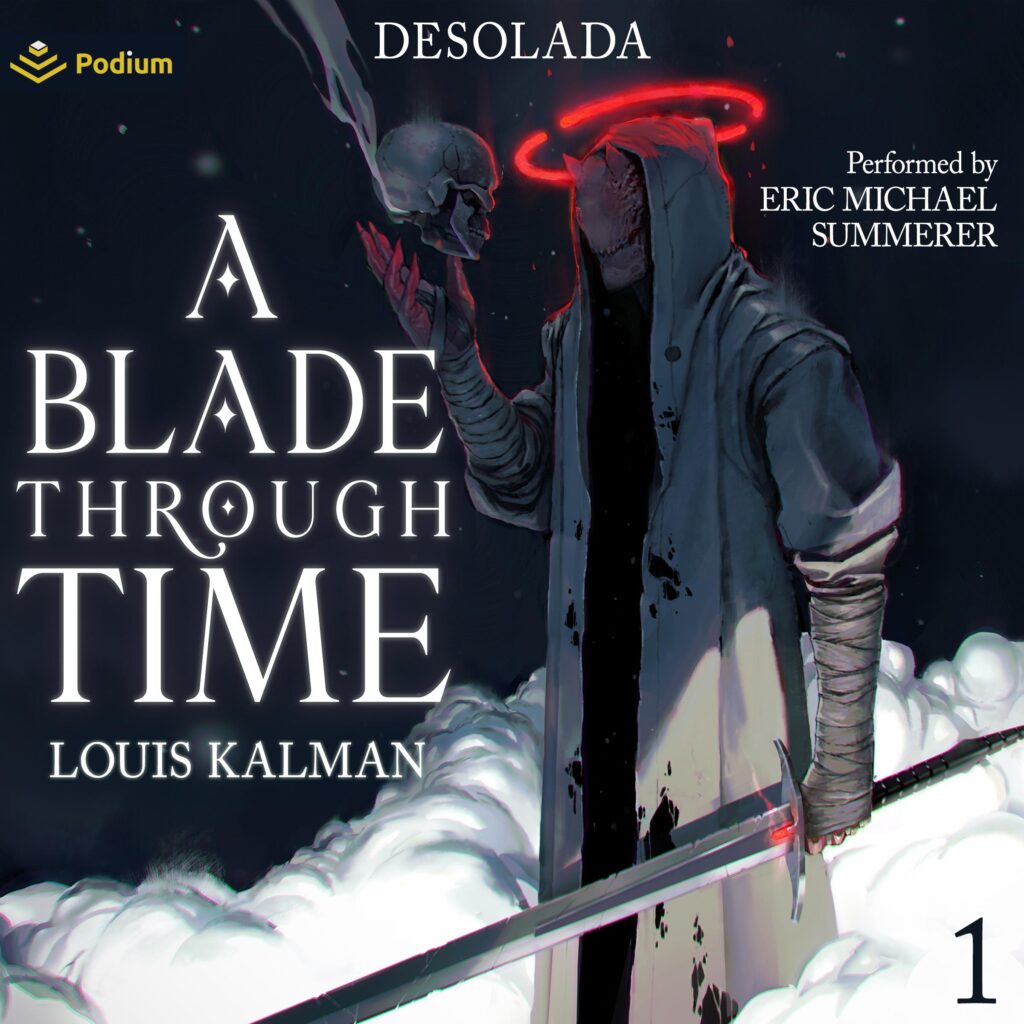 A young man with magical gifts is caught in an immortal battle between demons and demigods in the first book of this grimdark fantasy series.

Leones Ansteri was only sixteen when they came to kill him for the heresies his father had committed against the Archons—the mighty demigods who keep the peace in the Civilized Lands and prevent the evil Goetia from enslaving all of humanity. But even as the flames of the Magisters burned everything Leones knew to the ground, they awakened in him a power he didn’t know he possessed: the ability to manipulate time.

Alone and on the run, Leones finds refuge in the city of Odena, seeking out the opportunity to apprentice with the philosophers and build his skills in magic, mental manipulation, and swordsmanship. But as Leones grows more confident in his temporal abilities, he realizes all is not well in Odena.

Demons, long thought to be banished, have been spotted in the city, and Leones soon discovers he can’t trust his friends, his teachers, even his own memories. For unbeknownst to him, he’s become embroiled in a desperate battle for domination that will alter not only his own fate but the destiny of the entire world . . .

Effortlessly blending elements of horror, grimdark, and progression fantasy, A Blade Through Time launches an irresistible series from a captivating new voice in the genre.

The first volume of the hit progression-fantasy series—with almost 500,000 views on Royal Road—now available on Kindle, Kindle Unlimited, and Audible!

Louis Kalman is an ICU travel nurse that has dreamed of being an author since he was young, when his parents would purchase him boxes of sci-fi and fantasy for the holidays. He spends most of his time reading a wide variety of genres, working out, skiing, playing tennis, poker, chess, and mapping the loss of his hairline. Sometimes he even writes.