A Dark Foretoken, Tales of the Seventh | Podium Audio

Tales of the Seventh

A Dark Foretoken, Tales of the Seventh 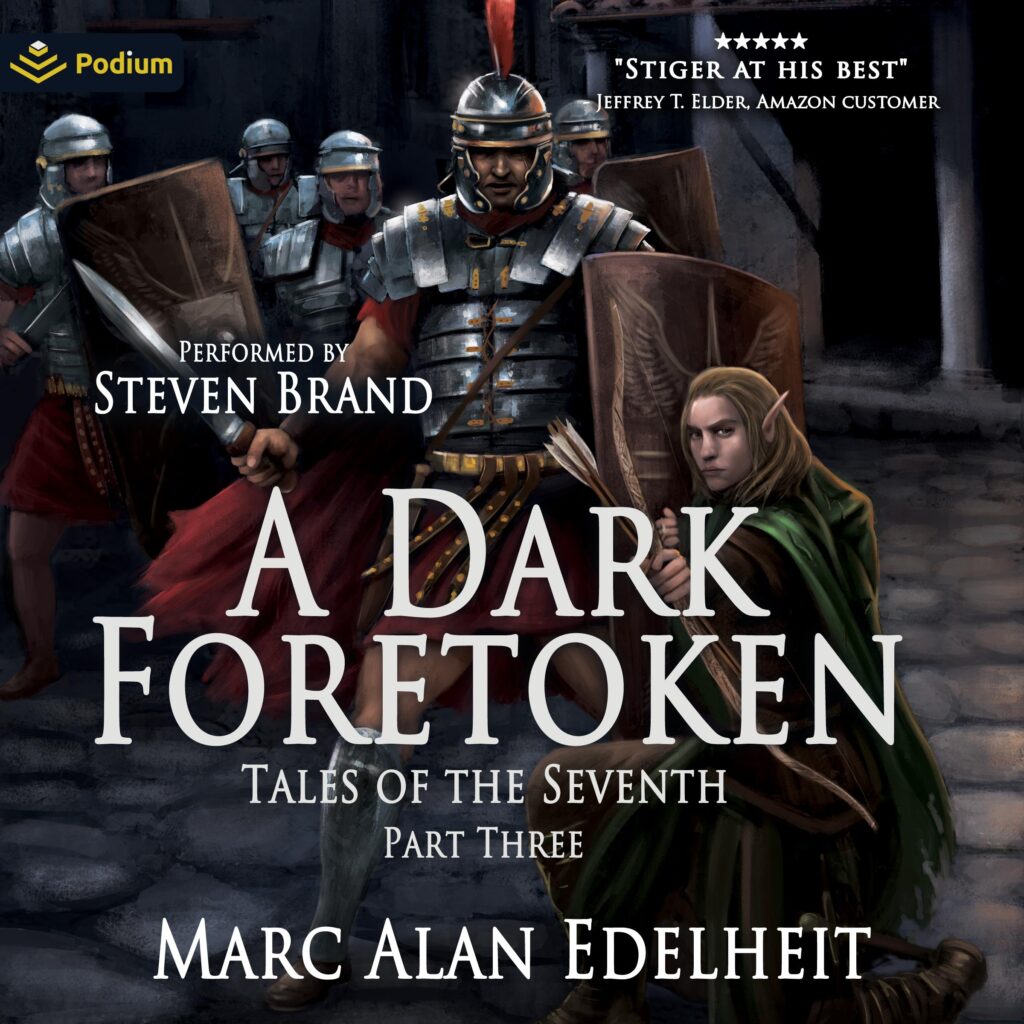 The best-selling, award-winning author of Stiger’s Tigers delivers the next action-packed installment in the Tales of the Seventh series.
Where a Stiger goes, death follows.
Stiger has survived the brutal ordeal at Fort Covenant, which saw his company shattered and an enemy army destroyed. The campaign season has finally drawn to a close, and Stiger is looking forward to the relatively quiet months ahead as the snow falls across the land and his company regains its strength.
Stiger is slowly being accepted into the legion. There are still some who seek to make him feel like an outcast. Can he ever prove himself, or will he bear the shame of dishonor to the end of his days?
Unexpectedly, he finds himself summoned to see the general. Stiger is dispatched on a critical mission for the empire. He must travel to the island kingdom of Thresh to deliver a message and a large quantity of gold. Despite the mission’s importance, it seems like an easy job: a march through friendly territory well away from the enemy and a short journey by sea aboard an imperial warship. He brings only a handful of men, including an elven ranger and a paladin of the High Father.
But before Stiger can even make it to Thresh, he stumbles upon a horrifying evil that has the potential to threaten everything, including the legion’s survival. Trapped and cut off from help, he must face this insidious darkness or die in the attempt.
Set amidst the backdrop of an epic war, there are greater forces at work than the young Stiger can begin to imagine, and he must confront them or all will be lost.
His path down the long road to destiny has begun.
A Dark Foretoken is set in the Chronicles of an Imperial Legionary universe.