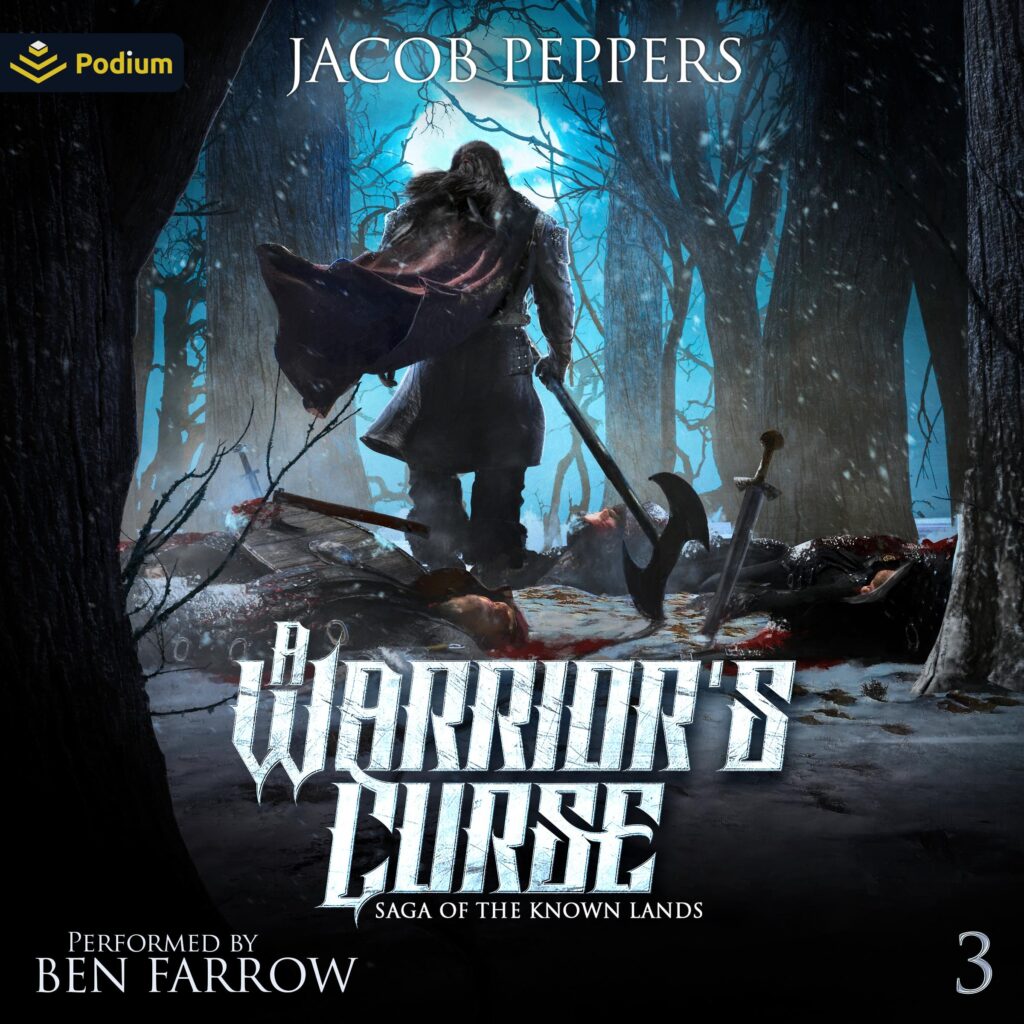 I am fire and all I touch turns to ash.

Despite the odds, Cutter and his companions managed to bring Matt to the capital, where he was crowned king. But instead of getting better, things have only gotten worse.

The Known Lands and its people stand at a precipice. One false move, one mistake, and they will all fall into the abyss.

Cutter wants only to protect his people, to right his many wrongs. But a warrior’s hands are made for killing, not healing, and fingers drenched with blood can only ruin anything they touch.

A Warrior’s Curse is the third entry in the bestselling epic fantasy series, Saga of the Known Lands. It’s a grimdark adventure into a world of magical creatures and deadly threats featuring a legendary warrior prince, an aged assassin, a world-weary mage, and a reformed criminal who stand against the armies of the Fey.