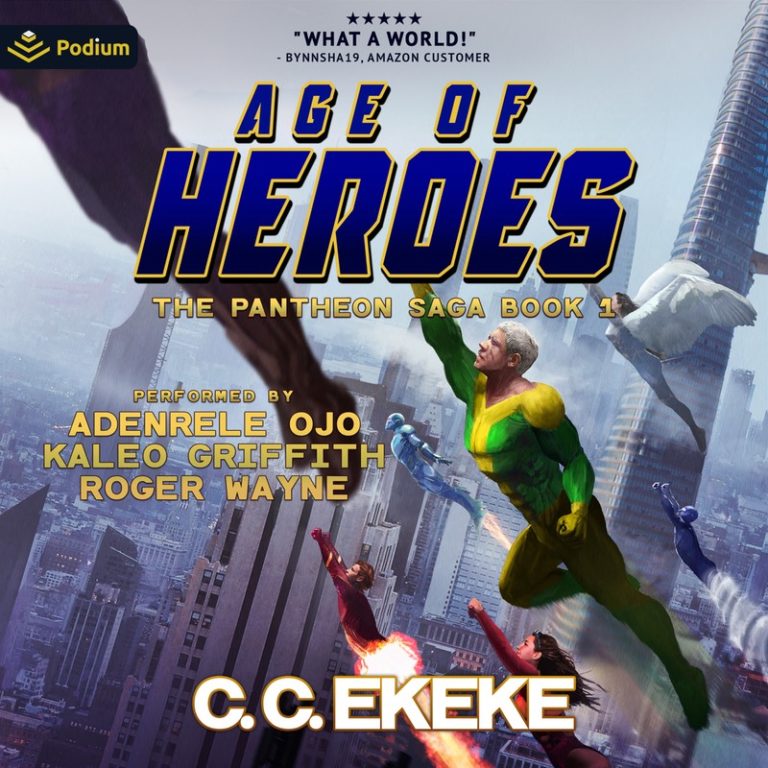 Every hero has a beginning. So does every villain.

Titan, the world’s greatest superhero, has been murdered by his longtime archenemy Lord Borealis. And from the ashes rises a new generation.

Gifted with powers on the night of Titan’s death, fifteen-year-old Hugo awakes to the strange world of superheroes. A world he isn’t prepared for.

But with godlike powers and a history of tragedy, will Hugo become a guardian of justice … or agent of chaos?

C.C. Ekeke is the author of the Star Brigade and Pantheon Saga novels. C.C. spent much of his childhood on a steady diet of sci-fi movies, TV shows and comic books. He discovered his desire to write books in college studying for an unused degree in advertising. His love of domestic and international travel provides further inspiration for the aliens and worlds seen in his writing.