Age of the King | Podium Audio

Age of the King 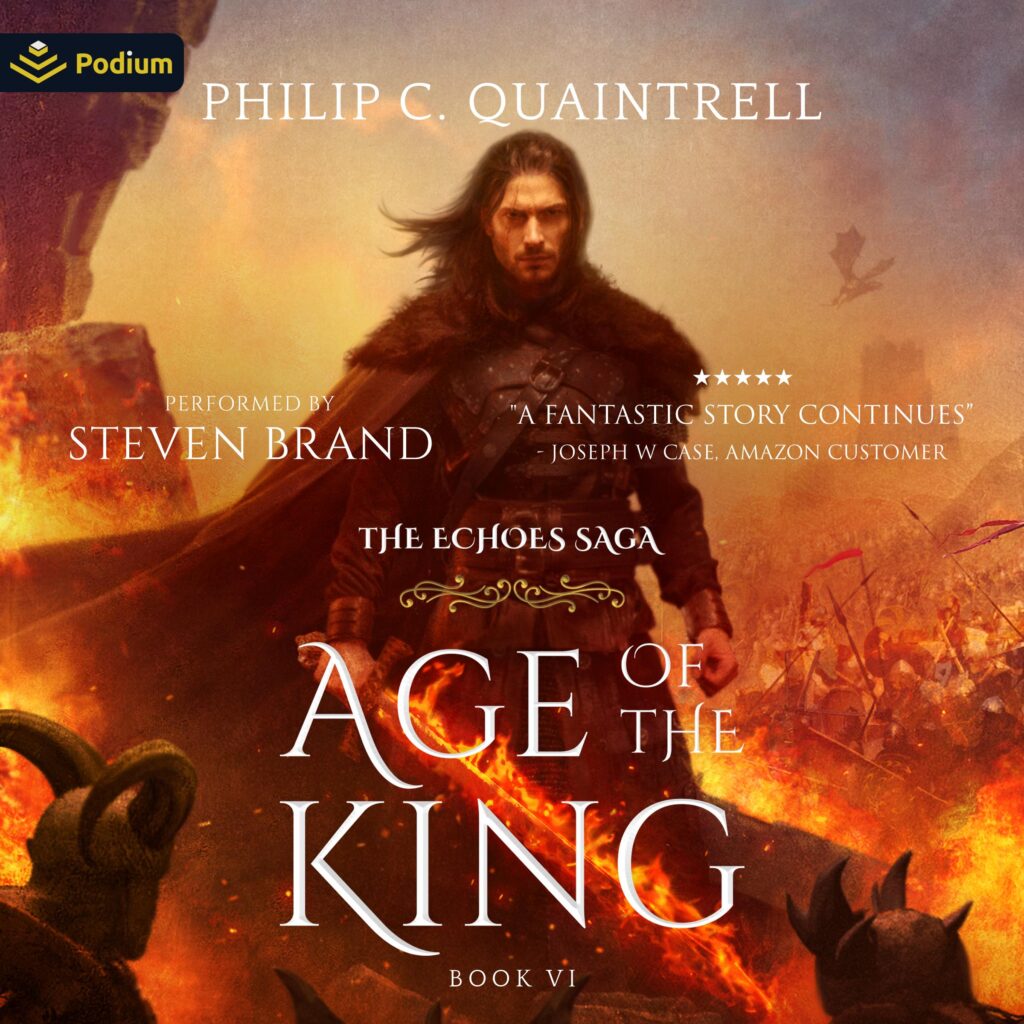 300,000 copies sold worldwide
The Echoes Saga continues.
The scales have tipped. The battle for Namdhor, the north, and the entire realm of man was a sure victory for the orcs. But they lost.
Now, under the rule of a would-be-king, the armies of man fuel the war when they should be bolstering their defenses. Only a few understand that time is against them, yet these few must fight alone if the dawn is to rise over Illian once more.
The heroes of the realm have banded together, but they cannot fight side by side. There is only one way they can win, seen by the oldest dragon and preserved inside the broken mind of a ranger.
From the shadows, the Crow muddies the waters, making it all the harder to see the path to victory. In the depths of the Bastion, where even time is his slave, the ancient necromancer has finished his work. The king is almost ready….
Age of the King continues this unmissable epic fantasy series.