All the Lies: The Complete Trilogy | Podium Audio

All the Lies: The Complete Trilogy 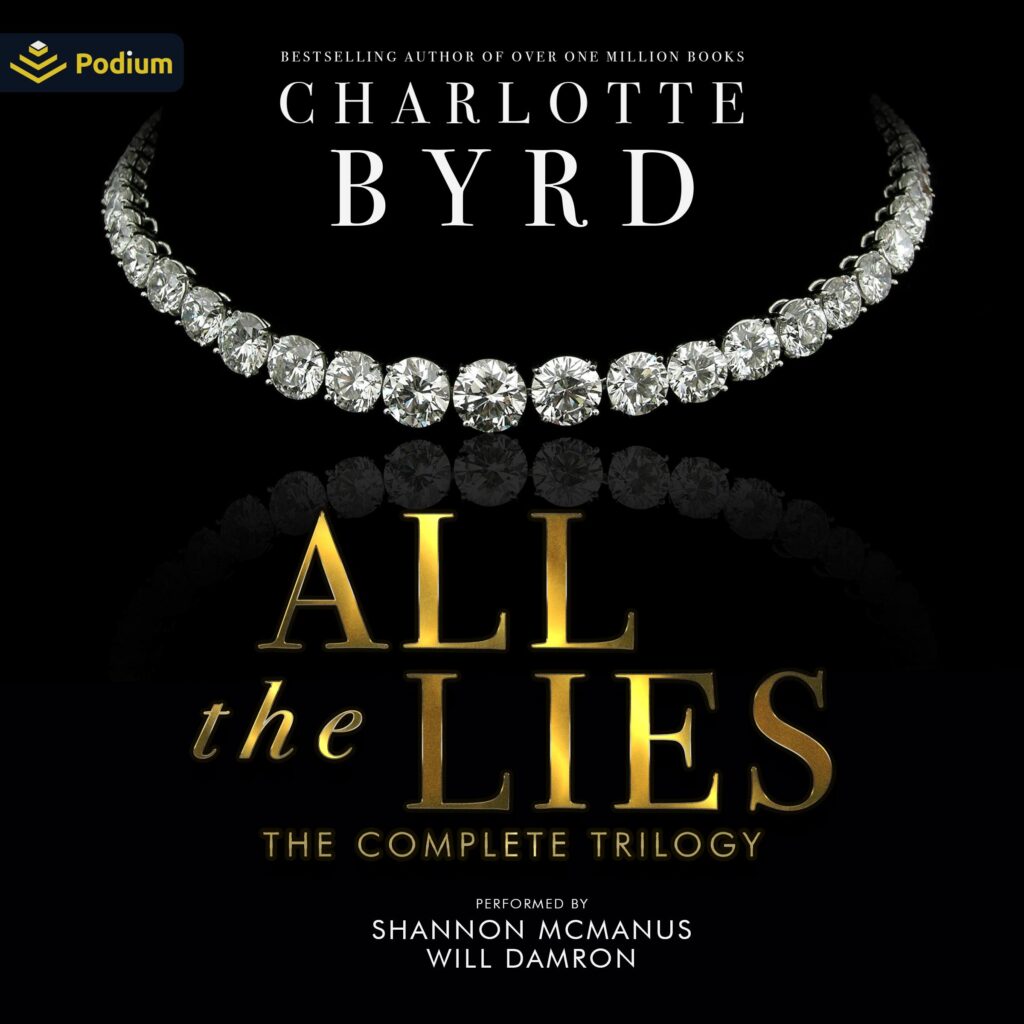 Performed by: Shannon McManus, Will Damron

Contains the complete All the Lies trilogy.
All the Lies, book 1
To save my job, I have to interview a reclusive writer who doesn’t want to be found. When I find him, I realize that he is the arrogant and gorgeous stranger who is the only one who knows the truth about that night. He agrees to speak under one condition: everything he says is off the record.
He has secrets of his own. But something happens between us. His touch ignites a spark. His eyes make me weak at the knees. I can’t pull away. This is wrong. This will ruin everything. But he looks at me in that way that no one has ever looked at me before and I can’t say no….
All the Secrets, book 2
One week with him and I get what I want: the story of my career. What happens when I say no? He thinks that the reason that I left is that I don’t want him. Nothing could be further from the truth. He thinks I was insulted. He’s wrong. I have a fire in my body that burns just for him. Still, I leave. But I have to write this story to save my job. It won’t be published for a while, and I’ll have time to convince him to go on the record. At least, that’s what I think.
Then the article comes out and he shows up at my house. He’s angry. I’m mad. What happens when that fire between us starts to ignite? What happens when he pulls me close and doesn’t let go?
All the Doubts, book 3
I’m a liar. I’ve been lying for so long that it’s all I can do anymore. My name isn’t what she thinks either. I got a new identity and a new life because my old one was going to get me killed. That’s why I don’t do interviews. That’s why I don’t show my face on social media. But when Emma’s magazine article comes out everything changes.
They’re coming for me. It’s all a matter of time. If I want to save myself, I have to disappear again. But what can I do if they go after her?