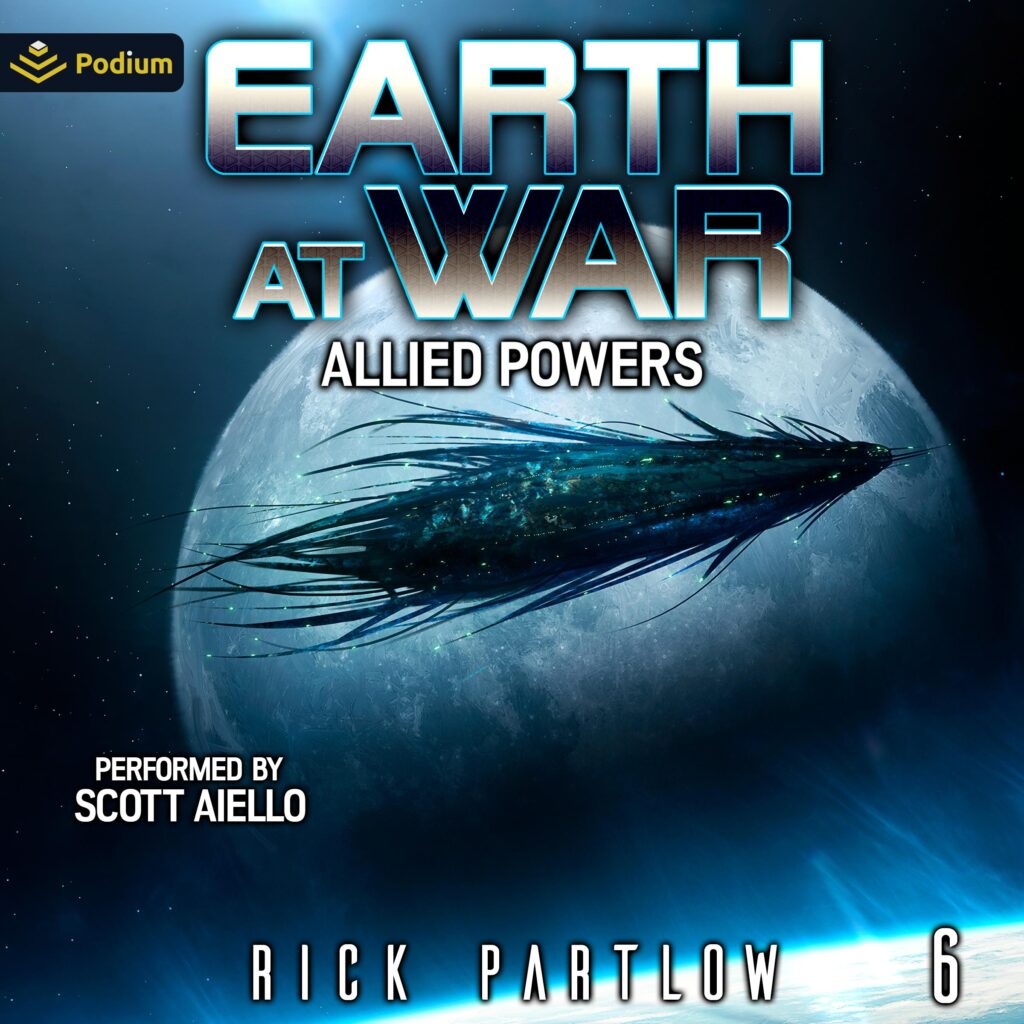 Andy Clanton and the crew of the Jambo return to Earth for the final battle with the Bugs…but the real threat is back home.
Incited by foreign enemies, stoked by mindless fear, the American public is wrapped in panic, and the country’s enemies use the opportunity to attempt a coup to seize control of America’s space assets.
Andy and the others are forced to go on the run, while Pops stays on Earth to organize a resistance. Andy and Julie steal the Bellerophon and seek answers from the Elder AI, Graham.
With the world—and their own country—in turmoil, and the Bugs bearing down on Earth, will Andy be able to solve the mystery of the Elders and their ancient enemies before it’s too late?
Dragon Award Finalist Rick Partlow’s Earth at War series is military sci-fi at its finest: packed with non-stop action and seasoned with grade-A military humor.