An Axe to Grind | Podium Audio

An Axe to Grind 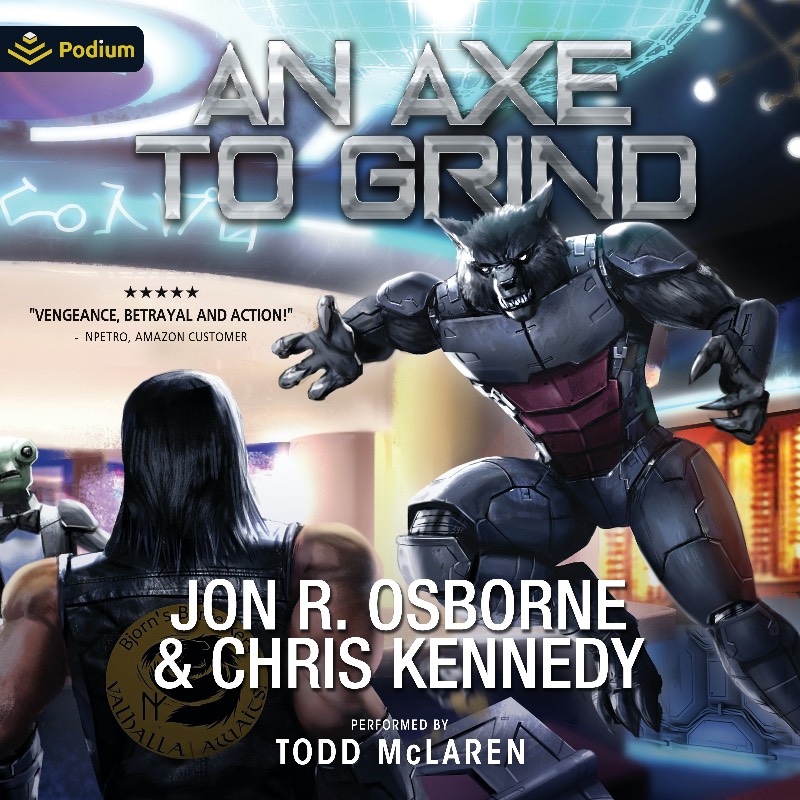 The Omega War may have ended, but neither Earth nor the galaxy are at peace.

Bjorn Tovesson III, commander of Bjorn’s Berserkers, has returned to Earth. Bear Town is a smoldering ruin, and the Berserkers’ reputation is in the gutter. As Bjorn tries to chart a course for the Berserkers’ future, ghosts from the past haunt him.

Meanwhile, the Information Guild and the Union Credit Exchange clash over the future of the Galactic Union’s economy. The Information Guild seeks to eliminate the red diamond standard, giving it sole control of the currency system, but the Union Credit Exchange harbors ambitions to become a guild in its own right. Both sides wage battle by weaponizing politics, piracy, and disinformation.

While Bjorn hunts the aliens responsible for murdering his father and slaughtering many of the Berserkers trapped on Earth during Peepo’s invasion, he receives an offer too good to pass up. Despite the Mercenary Guild suspending contracts, Bjorn could make the credits needed to bring his plans to fruition.

Can Bjorn put aside the past? Who will control the galaxy’s economy? The Omega War may be over, but everyone still has an ax to grind.