An Outcast in Another World: Human Insanity | Podium Audio

An Outcast in Another World: Human Insanity 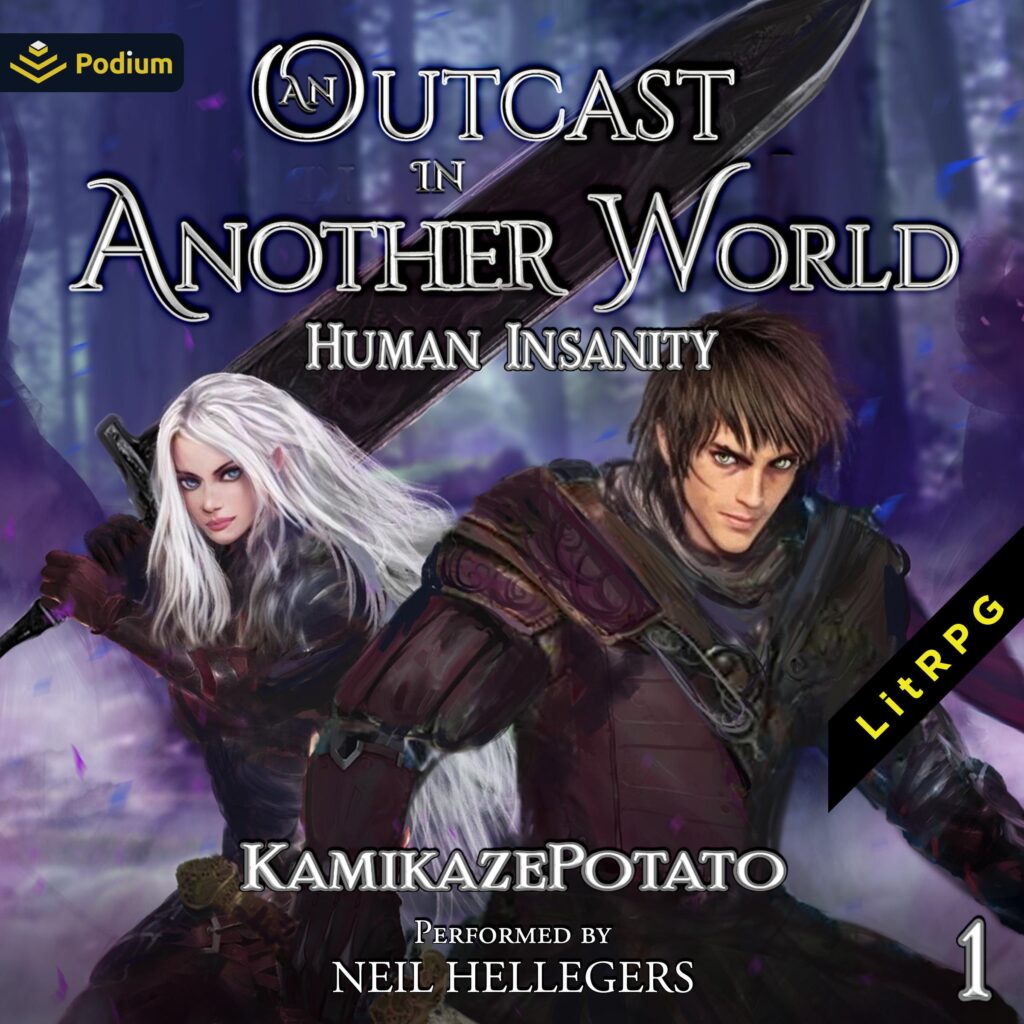 Rob didn’t think of himself as anyone special, but when a pitch-black portal tried to wrap his best friend in chains, he stepped up without thinking and found himself ensnared instead.
His moment of heroism results in being torn away from everyone he knew and loved, kidnapped by an unknown force that leaves him with a note in his pocket stating: "Good luck."
After being thrown into the wilderness of Elatra, a hostile fantasy world ruled by levels, stats, progression, and bizarre video game logic, he finds himself entirely out of his depth. Armed with nothing but a sword and the clothes on his back, he sets out on his the first day, and almost dies. On the second day, he almost dies again. On the third, he began to notice a worrying trend. And almost dies.
It doesn’t get any easier from there.
Overcoming the wilds is just the first step in his journey; the society of Elatra is incredibly hostile to humans, having just come off of a devastating war that left over half the population dead, and getting the locals to trust the last human in existence is a struggle in and of itself. Between being powerless in a world that hates him and suffering under a System that is altering his mind in unwanted ways, Rob quickly finds that monsters aren’t nearly the biggest thing to worry about.
As far as LitRPG isekai adventures go, Rob drew the short straw in many ways. But that’s okay – all the bullshit in the world won’t keep him down. He’ll carve out a place in this world with his bare hands if necessary. He’ll survive, and then he’ll thrive.
Whether anyone wants him to or not.

Neil Hellegers is an actor and award-winning narrator who lives in Brooklyn, NYC. An ardent Stratfordian, Neil has performed and taught Shakespeare internationally, and has been seen playing bearded professionals on many screens (HOUSE OF CARDS, LAW & ORDER: SVU, MADAM SECRETARY, GOTHAM, et al). He has narrated over 350 titles for numerous publishers, producers and independent authors alike, with a focus on genre and literary fiction. He has a BA in Theater Arts from UPenn in Philadelphia, a MFA in Acting from Trinity Rep, and is a proud member of SAG-AFTRA and PANA.