An Outcast in Another World: Shared Insanity | Podium Audio

An Outcast in Another World: Shared Insanity 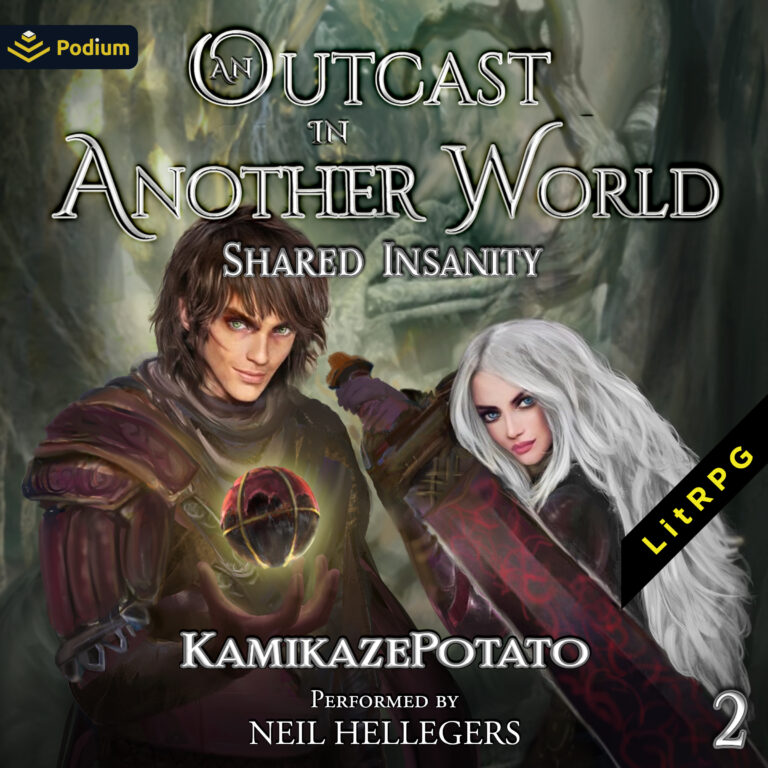 A chain, a portal, and darkness. That was all it took for Rob’s life to go from the mundanity of college to being forced to survive in a hostile fantasy world full of horribly mutated creatures.

Despite discovering civilization and making allies, his newfound home was sadly short-lived, leaving the survivors to pick up the pieces and make for greener pastures. Having won the respect of the locals via a heroic almost-sacrifice, Rob travels with them, recognizing the importance of having people around to watch your back.

After all, if he’s learned one thing since arriving to this strange new world inhabited by monstrosities and ruled by levels, stats, progression, and bizarre video game logic, it’s that death is lurking around every corner.

A botched meeting with the Elven ruler’s soldiers leads to thousands of people, Rob included, fleeing to the northern wastelands. Ambushes from monsters and men are the least of his worries – dealing with the system’s assaults on his mind and the occasional eldritch abomination are far worse. As Rob slowly loses himself, fighting to stay as a person his loved ones back on Earth would recognize, he realizes that surviving just for the sake of seeing the next day isn’t going to be enough to keep him sane. He and his friends will need to kindle their spirits, band together, and learn to support each other both physically and mentally.

By all rights, they’ll perish. They’re the underdogs, and world history isn’t kind to those. Every inspiring legend of success is built on the graves of a thousand defeats. Society, the system, and the very world itself are against them. In the face of odds like that, what can they possibly do?