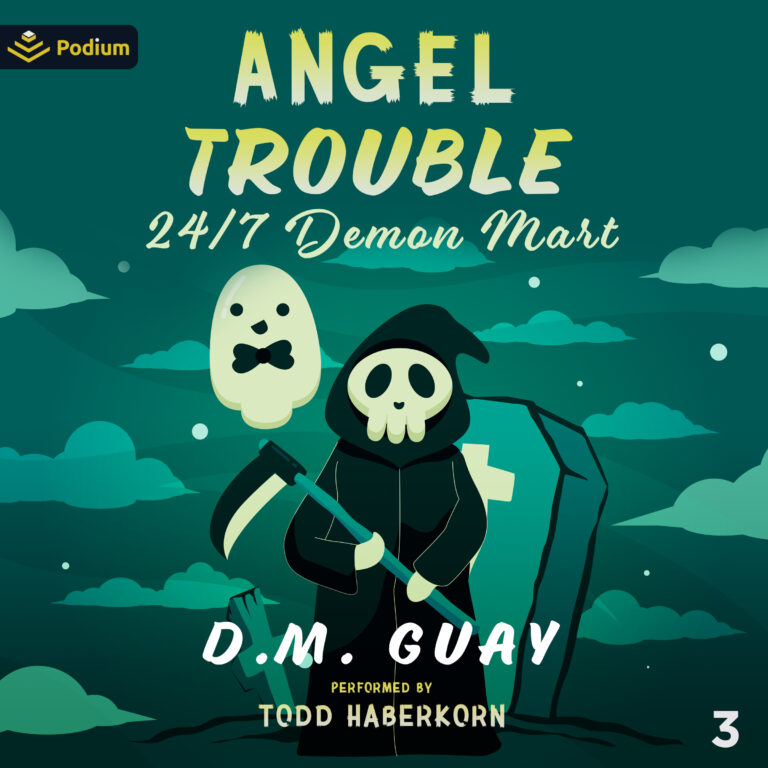 One loser, one talking cockroach, and one karate-chopping bombshell stand between YOU and certain death. Or not.

No, definitely not, because the grim reaper’s lost his job. He’s been stripped of his scythe and banned from reaping. The angel of death has officially fallen, and he’s crash-landed at 24/7 Demon Mart.

It doesn’t take long for DeeDee, Lloyd, and Kevin to figure out that living with the angel of death isn’t easy. Lost souls. Angry exes. Ancient curses. Will the grim reaper ever get his afterlife together? The outlook is not so good.

The reaper isn’t the only angel who’s out of sorts. Lloyd’s devilish boss Faust hasn’t been the same since a tentacle monster spit him out of an alternate dimension, and his ex-girlfriend tried to start the zombie apocalypse. And Angel eight ball? He’s having a hell of a time juggling a terrible new boss and saving Lloyd from eternal damnation. As unreaped souls stack up and the specter of death looms larger, what’s the Demon Mart crew to do? Find out in this grim reaper comedy.