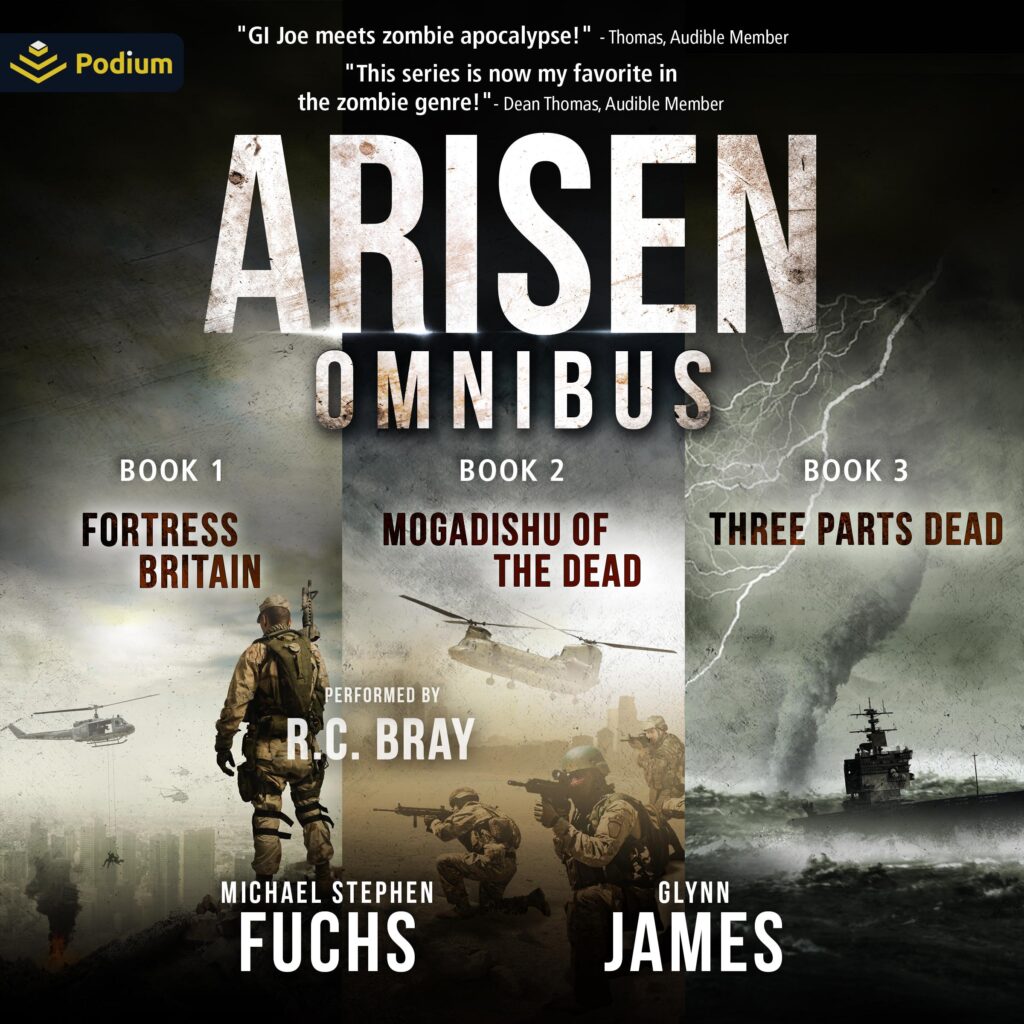 Contains books 1-3 of the Arisen series.
Book One – Fortress Britain:
When the Zombie Apocalypse came, one country had shut down its borders in response to a major terrorist attack. Now Fortress Britain is the last bastion of the living – with 50 million beleaguered survivors facing down a world of seven billion animated corpses. And one international team of elite special operators – supremely trained and armed, always the most skilled, resolved, and unstoppable amongst us – are humanity’s last best hope for survival….
Book Two – Mogadishu of the Dead:
Alpha team is tasked with one last desperate operation: They must cross the Atlantic aboard the world’s only remaining supercarrier and insert by air into the very middle of a dead continent, all in search of a rumored vaccine that might bring humanity back from the brink. But their op goes dangerously wrong from the start, with the team scattered to hell and back, and their target site a dry hole. Now they must fight their way on foot through a city of three million ravening dead guys, in search of an underground bunker that might hold the Last Man on Earth. But these undead will not be like any Zulus they have ever fought before – and they surround the new target in a writhing ring of death 30 feet high on all sides….
Book Three – Three Parts Dead:
Alpha team, the world’s best and last surviving Tier-1 operators, are adrift on Lake Michigan – and fast drifting into what looks like a damned hostile shoreline. Deep in the National Forest nearby, a former police officer and survivalist battles to keep her family alive – and tries to decide whether the commandos of Alpha are more dangerous to her alive or dead. Meanwhile, the John F. Kennedy, the world’s last floating supercarrier, is run aground off the coast of Virginia – and facing a veritable hurricane of the dead, blowing in fast. Finally, back in Fortress Britain, the terrible outbreak from the Channel Tunnel turns out not to have been so contained after all.