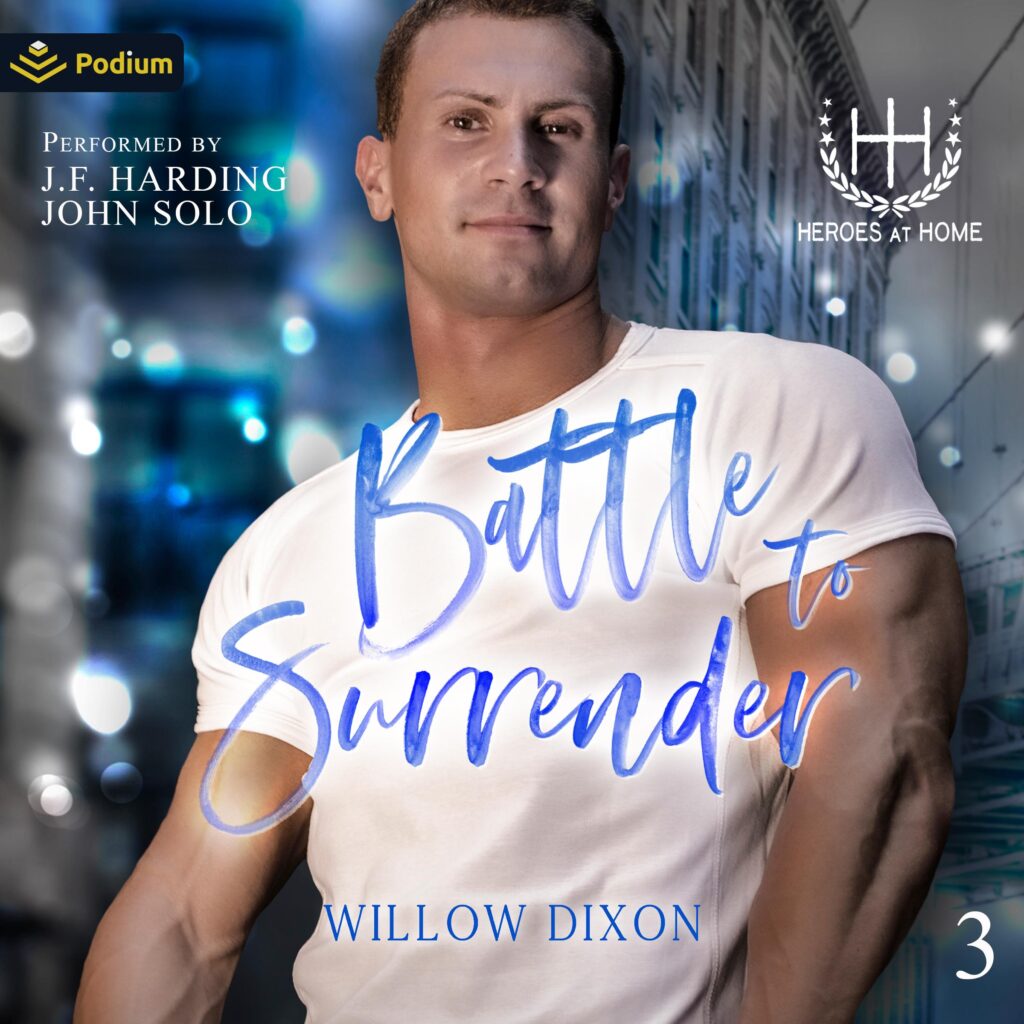 "I’ve been hiding who I am for so long I’ve forgotten what it’s like to be myself." – Hunter
Two years ago, I retired from the army and started my life as a civilian. I have a job I love, friends who are my family, and more secrets than I can count. I might not be a soldier anymore, but I can’t seem to let the past go. It haunts me, and has made it impossible for me to truly be who I am.
Then Shane is hired by my company and we’re teamed up to work on a project. He’s young, handsome, and he has a knack for making me forget who I’m supposed to be. I’ve never let anyone see my true desires, but Shane makes me want to let go and finally let someone in; to let him take care of me the way I’ve always craved.
As much as I want to fight it, I can’t say no when he shows me who’s boss.
_Battle to Surrender _is an opposites attract, grumpy/sunshine, hurt/comfort story featuring a retired soldier suffering from PTSD, his sweet but firm younger co-worker, a size difference, a found family, and all the feels. It is book three in the Heroes at Home series but can be read as a standalone.

**J.F. Harding** has narrated nearly 250 titles, including work from Lauren Blakely, S.C. Stephens, and Kim Loraine. His smokey baritone is the cop, the cowboy, the biker, the guy next door...the list goes on. His work spans every sub-genre of romance and erotica, and he's one of the most popular narrators working today.