Be Somebody | Podium Audio 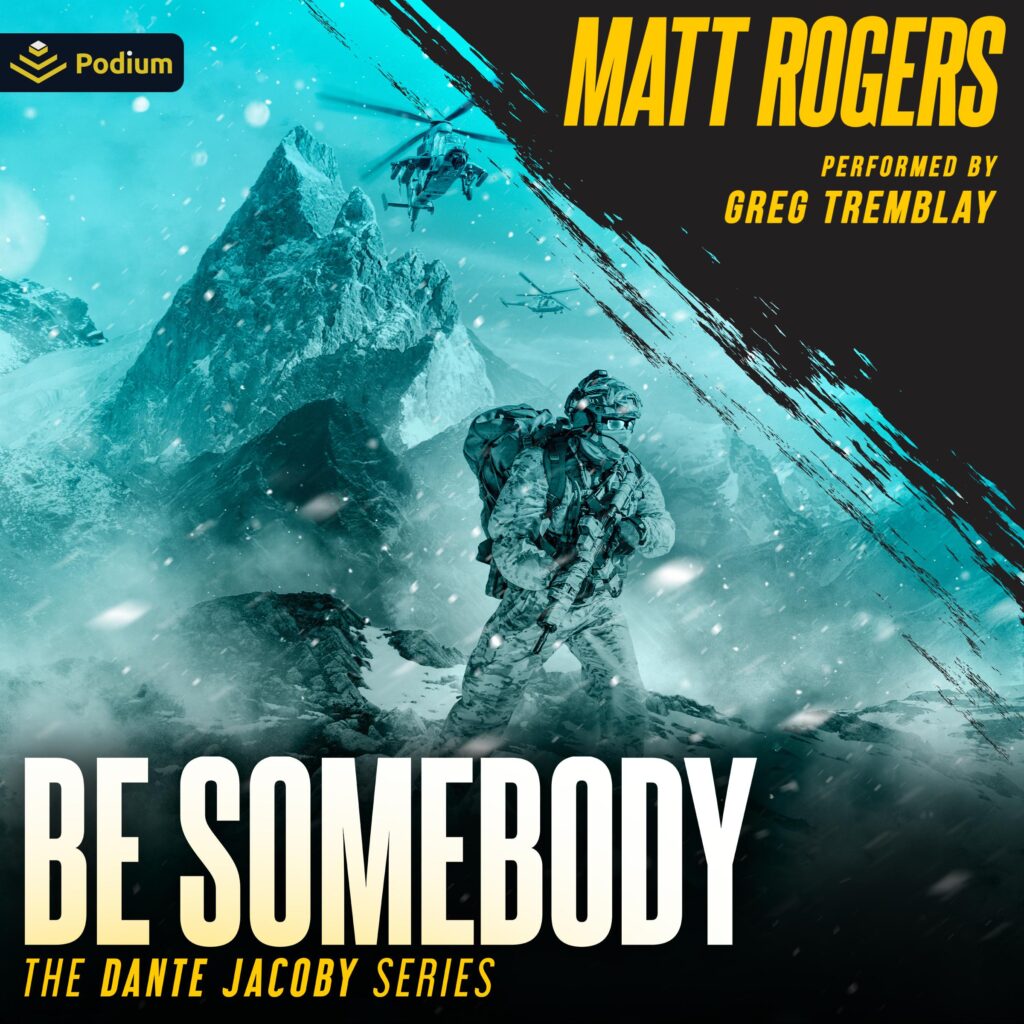 What if you had the reflexes of an elite assassin…and nothing else?
Dante Jacoby is a slave to the trappings of the modern world. Twenty-six years old and hopelessly addicted to booze, cigarettes, and procrastination, he’s squandered every ounce of his potential. His corporate raider father, Dorian, reaches the end of his tether and cuts Dante off as heir to the Jacoby family fortune. His mother, Fiona, is smarter than her husband: she hasn’t spoken to Dante in months.
But Dante’s no victim. He knows he brought this on himself. Dragged to the gym by a well-intentioned friend in a last-ditch attempt to get him in gear, Dante is used as a guinea pig for a new state-of-the-art machine. He couldn’t care less about “Flash Reflex Training,” but does what he’s told, and heads home to drink himself into oblivion.
Hours later he’s on the run, hunted ruthlessly by mercenaries, kept alive by a CIA spook who reveals he tested close to the fastest reaction speed on earth. Square in the crosshairs of foreign agents who don’t want the government utilising his genetic talents, he finds himself sucked into the brutal world of covert operations.
At least, that’s what he thinks. It doesn’t take long to stumble upon a deeper conspiracy and discover nothing is what it seemed…