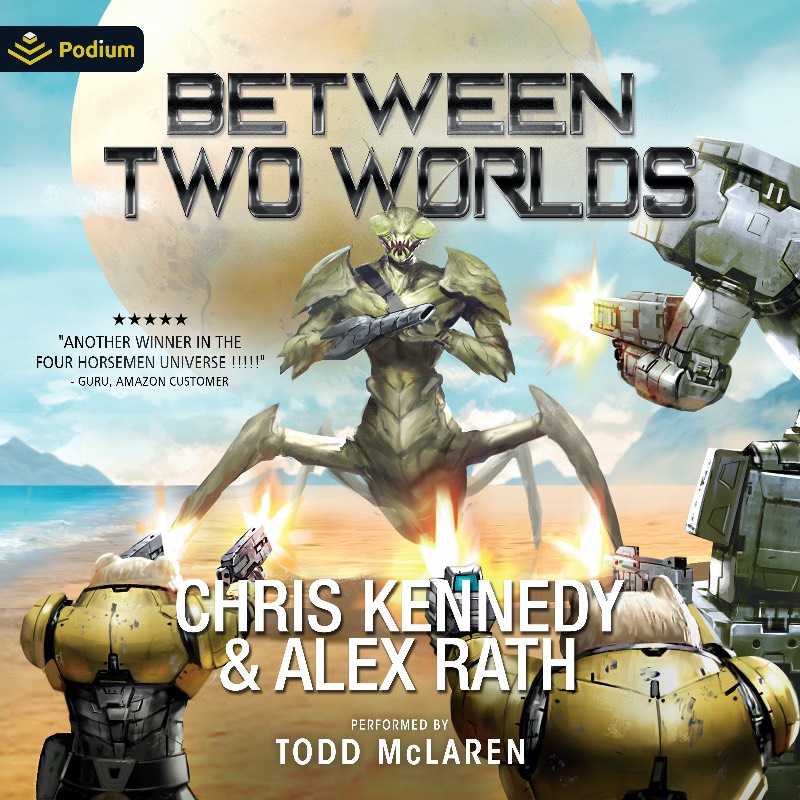 The Omega War is over, but conflict continues.

The Peacemaker-enforced ceasefire brought an end to the hostilities, but the Mercenary Guild’s moratorium on new contracts has given the other guilds time – and freedom – to redress long-standing grievances. It has also led to a mindset of “while the cat’s away, the mice will play”, and many are taking liberties they wouldn’t have normally.

On Earth, the Golden Horde continues to rebuild, because Sansar Enkh has a good idea of what’s coming. In addition to rebuilding her forces, she knows the Humans will need all the advanced tech they can get their hands on, so she sends Captain Markus “Spartan” Nicolos to search the home world of the SalSha for remnants of Kahraman tech.

The mission is a two-pronged one, as the SalSha leader Thorb needs to return to the world of his birth to recruit new pilots for his war-depleted bomber wing. He also needs to stop along the way at Capital Planet in hopes of getting the SalSha recognized as a mercenary race.

Nothing is as it seems, though, and forces are jockeying in the shadows for power, through all means possible – both legal and not. The team of Spartan and Thorb leave Earth heavily armed and armored…but will it be enough?