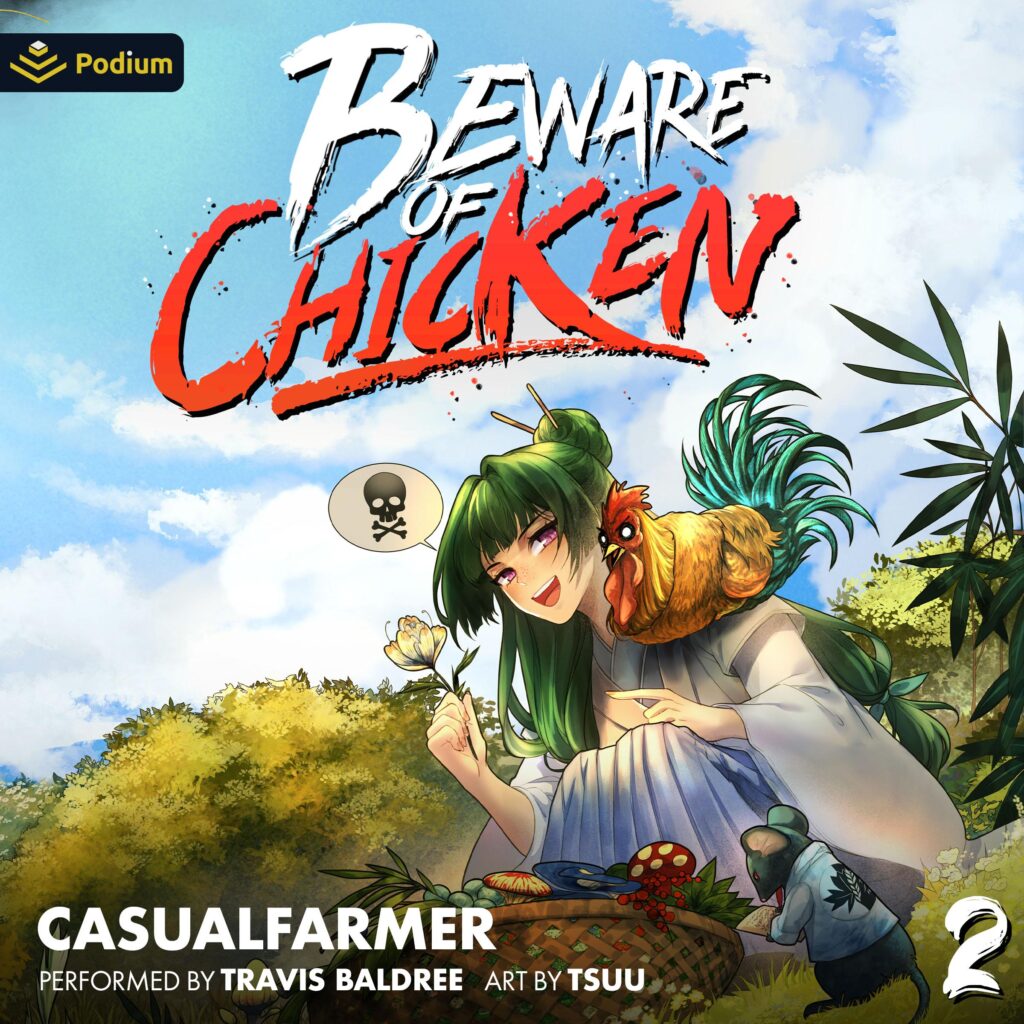 Jin Rou wanted to be a cultivator. A man powerful enough to defy the heavens. A master of martial arts. A lord of spiritual power. Unfortunately for him, he died, and now I’m stuck in his body.

And you know what? Things ain’t actually all that bad.

I mean, last year was pretty hectic. I died, got reborn, ran away from my sect and ultimate power, started a farm, made some friends, awakened all my animals into Spirit Beasts so now they’re running around talking and getting into life-and-death battles with super-powered bandits . . .

Oh! And I got married. Pretty neat, huh?

Well, this year, after the Spring Planting season, I’m really gonna relax and put down roots. It’s the slow life for me. Sure, the talking animals and cultivators coming to live with me are a bit weird, but this year everything is gonna be basically normal.

There _definitely _won’t be any Heavenly Tribulations, ancient formations, or cultivator issues to deal with . . .

The second volume of the blockbuster progression-fantasy series—with more than 20 million views on Royal Road—now available on Kindle, Kindle Unlimited, and Audible!