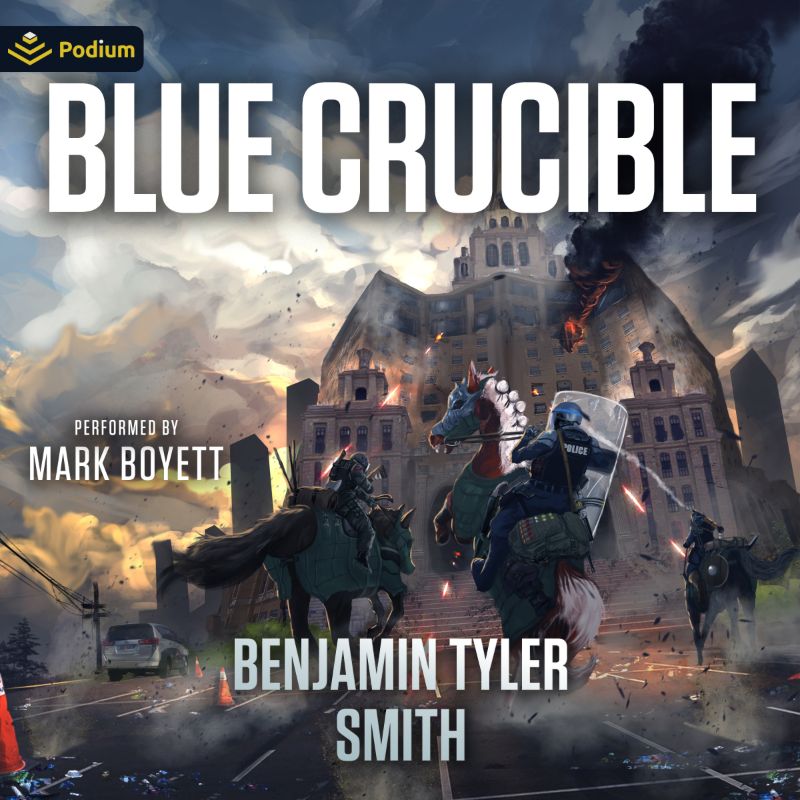 Justice lives, even when society dies.

The end came fast for Lieutenant Nathan Ward. One moment he was participating in an international convention of mounted police officers, the next he was in a command bunker watching the world’s two biggest corporations – Obsidian and Teledyne – destroy it in an exchange of nuclear hellfire.

While Columbia, Missouri, was spared a direct strike, a near-miss EMP fried most of the vehicles and the electrical grid. Then the corporations started a shooting war in the streets, and they didn’t care who got caught in the crossfire. But Columbia was one of the last cities still standing, and Nathan and his fellow officers weren’t going to give it up. Even if it meant facing the worst the corporate militaries could throw at them.

The corporations had no intention of giving up the city, either, and Obsidian called in reinforcements to match Teledyne’s specialist, a woman with the power to defeat a company of soldiers all on her own. Both corporations intended to reign supreme and were willing to crush anyone who got in their way. In the post-apocalyptic world, there was only one law – theirs – and not the one with a badge.

The world may have fallen, but the thin blue line’s battle is only beginning.