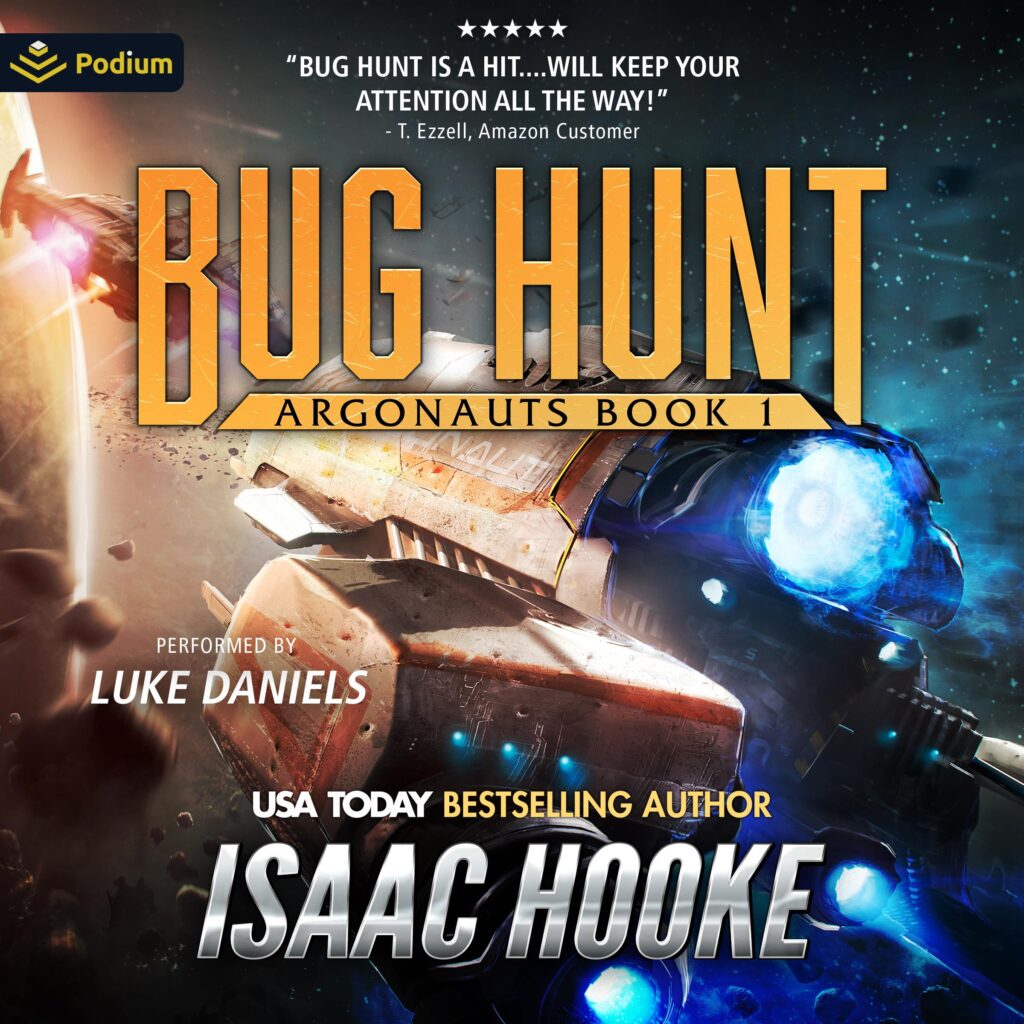 Starting an interstellar security consulting company was supposed to be easy.
Rade got his ex-military teammates together and they pooled their savings to buy a ship and six mechs. The Argonauts were born.
But it wasn’t easy.
Ruthless bankers are breathing down their necks, vengeful warlords are promising to pursue them across the galaxy, and now a mysterious new client wants Rade and his Argonauts to escort her to a frontier planet.
Problem is, the new client won’t reveal her cargo. It’s probably something illegal. Well, Rade needs the money, so a man’s gotta do what a man’s gotta do.
They arrive to find the frontier colony strangely deserted. When the shit hits the fan and the Argonauts face a possible alien infestation, it’s time to pull out the big guns. Because if there’s one thing Rade and his Argonauts really love, it’s a good bug hunt.
And this one looks to be the hunt of a lifetime.
For fans of Old Man’s War, Guardians of the Galaxy, and Armor. From a USA Today best-selling author.