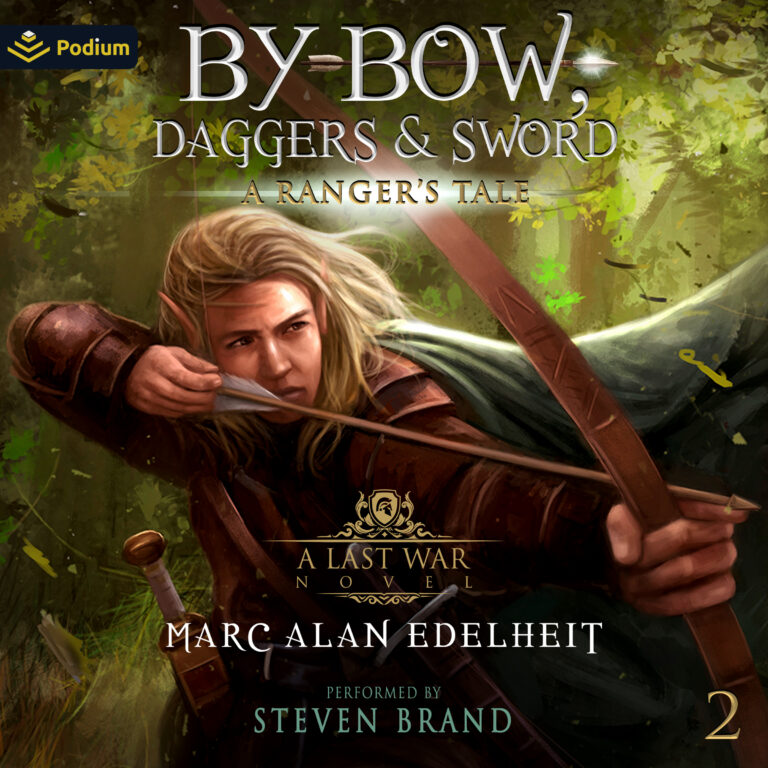 A dangerous mission. A war of the gods. An epic destiny.

With Rivun and Jit’s help, Eli and Mae helped Karenna free her people from the cruel overlord Edgun. Unfortunately, Mik’Las, the criminal whom they were hunting, has managed to escape in the ensuing chaos. Worse, his trail has gone cold.  Hoping to come across a clue that will put them on the right path, they continue the hunt.

Then, unexpectedly, they are visited by a powerful and mysterious elven wizard, one with an unknown agenda. This wizard directs Eli and Mae to investigate a mystery, something potentially more horrifying than anything they’ve ever faced. If unchecked, it has the potential to plunge their world into terrible darkness.

And so, Eli and Mae put aside their chase of Mik’Las. They set out to uncover and confront this horror, whatever it may be. Directed to the village of Arvan’Dale, a place thoroughly and inexplicably abandoned, they encounter a team of imperial rangers investigating a mystery of their own. Not only that, but it soon becomes clear a dreadful evil has been released upon the land, one that terrifies Eli, for he has a personal connection and history to it. Is this what they were sent to uncover?

Complicating matters, war is on the wind. The Castol are on the march, and it appears they intend to invade the empire, which would mean a wider war that would drag Eli’s people into a bloody conflict. Discovered by advance scouts of the Castol, Eli, Mae, and the imperial rangers soon become the hunted. Worse, Eli is recognized by an old and implacable foe who will stop at nothing to run him down and kill him. The stakes are higher than ever and the fate of their world hangs in the balance.