Children of the Apocalypse: Publisher’s Pack 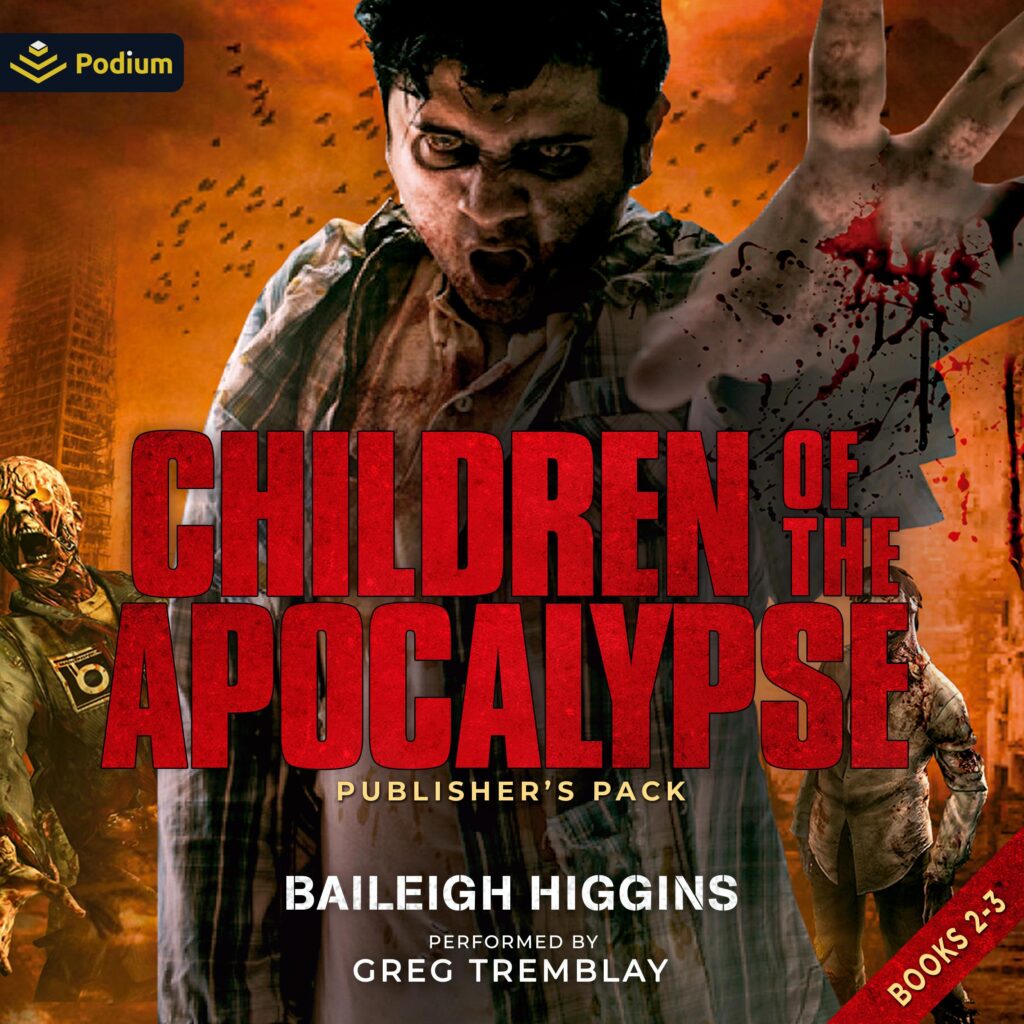 Contains books two and three of the Children of the Apocalypse series.
Fear Another Day, book two:
Nadia, alone and frightened, runs not only from the infected but also the guilt that hounds her footsteps. Within her veins her she carries a secret, one that could change the course of humanity. Haunted by the death of his beloved, Logan wanders the highways in search of redemption. He stumbles upon Nadia, and in saving her, he finds a measure of peace.
Back home, Max is doing his best to lead the camp into a future worth living. When a new enemy surfaces, he faces a danger unlike any he’s fought before. With their survival at stake, he prepares for battle, one that could cost them everything.
As the sun sets against the backdrop of the African veldt, shining on the last remnants of humanity. A few hold on to their values while others prey on the weak, replacing the undead as the new apex predator in the food chain.
Live Another Day, book three:
Max prepares to battle Ke Tau, a brutal killer who hungers for ultimate power. His efforts are hampered by dwindling supplies and the ever-present threat of the undead. With morale at an all-time low, the camp’s inhabitants will have to stand together and face their fears if they wish to survive.
Logan and Nadia team up with Martin, an old friend of Max’s. Now the leader of a burgeoning town, Martin is eager to see his friend once more and establish an alliance. They set off across the breadth of South Africa, but will they arrive in time to help? Or will everything they hope for be gone already?
As night falls across the African veldt, darkness threatens those who struggle to survive within its cold embrace. With the dawn of a new era, humanity’s last hope rests in the hands of ordinary men and women called to do extraordinary things.
All it takes is one mistake….