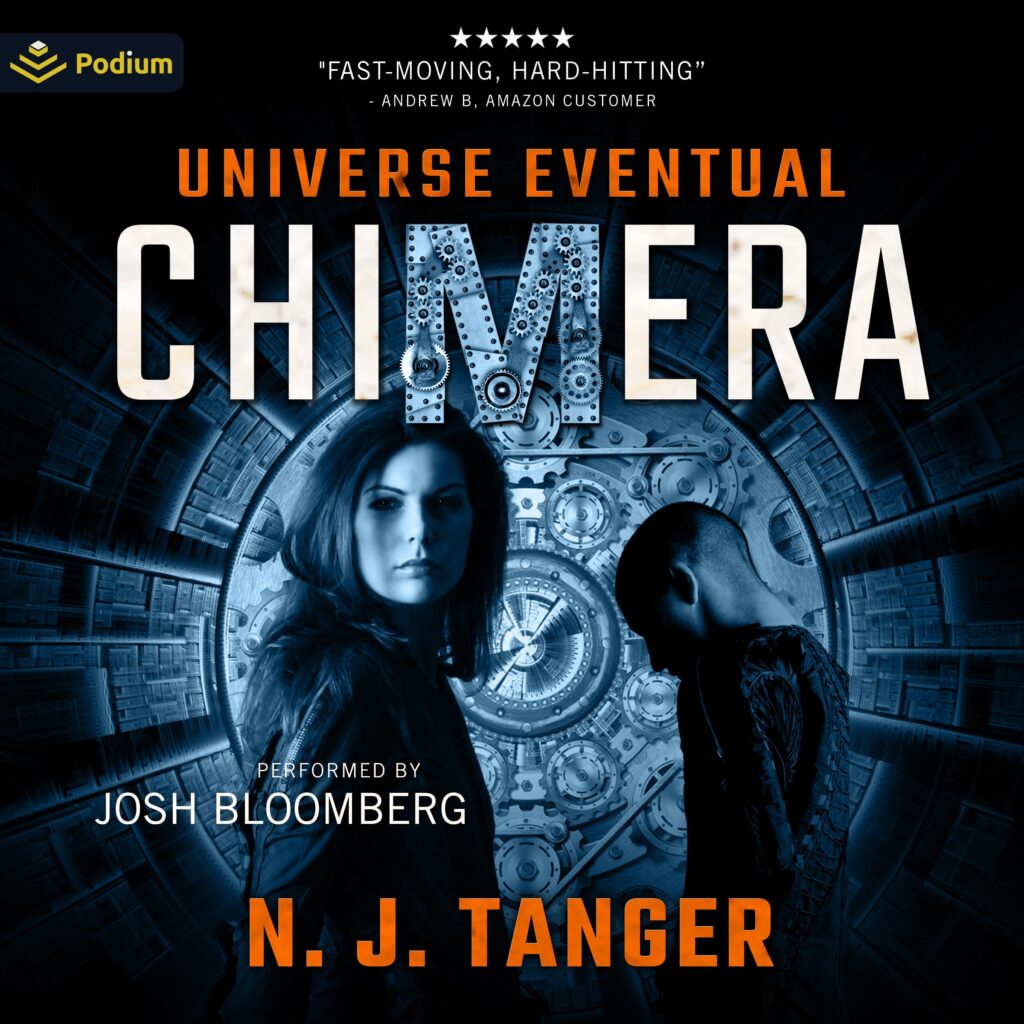 The fate of Earth’s first colony rests on the shoulders of a pair of misfits: Theo Puck, a rogue hacker with a gift for speaking to machines, and Selena Samuelson, a brash but talented pilot with a dark secret in her past.
Earth went silent over a decade ago. No contact, no resupply. If something doesn’t change, the colony will go extinct. The only way to restore communication with Earth is the ancient colony ship Chimera. Two centuries of disrepair has taken its toll on her – the shipboard AI that allows travel between distant stars is lost in unending sleep. She must be woken and the ship rebuilt for a desperate return journey to Earth.
The mandate to repair and crew the Chimera seems like a game to Theo – one he isn’t invited to play. Angry at having been overlooked, Theo hacks his name onto the list of those selected to crew the Chimera, a decision he soon regrets. A brutal murder changes everything: Theo must make it to the Chimera or his family will suffer terrible consequences.
Piloting an ore trawler is the only life Selena has ever known until an industrial accident strands her aboard the Hydra, the orbital station responsible for rebuilding the Chimera. After a chance encounter, AI suggests that Selena might have a far larger role to play in saving the colony than she – or anyone else – ever imagined.
Theo and Selena’s futures become intertwined as they carve out places for themselves in the crew that will navigate the Chimera back to Earth. However, behind the scenes, a brilliant sociopath has set events in motion that could not only destroy their lives but doom their colony as well.