City in the Sky | Podium Audio

City in the Sky 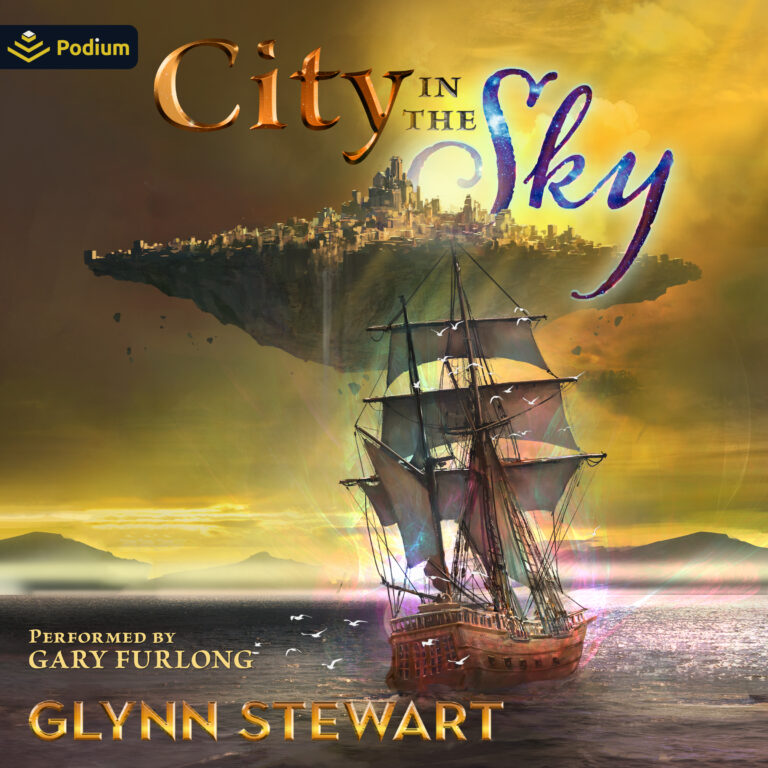 “Killing a man isn’t an easy thing to live with, no matter the cause.”

Eric Tarverro is a skilled blacksmith, a better swordsman—and hated for his mixed aeradi parentage. Denied mastery of his craft in the human city he grew up in, he accepts a risky contract from a dangerous stranger.

With new enemies at his heels, he leaps at the chance to join his father’s people in the sky city of Newport. Despite his human blood, he finds his place among the aeradi: heir to an ancient noble family.

His duty leads him to sailing the skies and learning what it means to lead soldiers. But Eric’s enemies will have blood, and the peace between his people and the Draconan dragon riders is like a powder keg. All it would take is one spark—and dragons will fly on his newfound city in the sky.