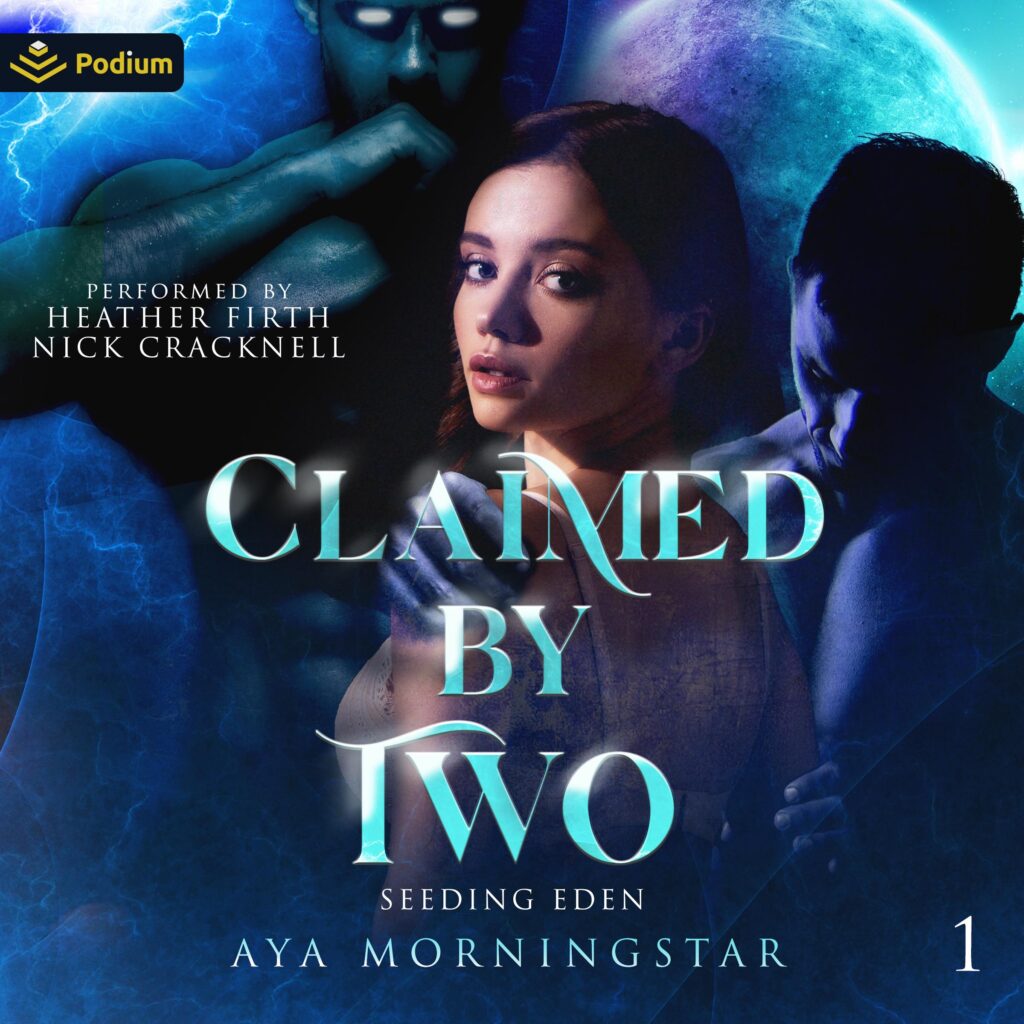 One human woman. Two alien men. Lots and lots of babies.
I’ve never laid eyes on a man, not even in pictures. Eden is a woman’s world…a world no man has ever stepped foot on.
But then the Khetar arrive. They’re big alien men, in a big alien ship, with big alien d—
Let’s just say it’s a big problem, especially because High Command assigns me to operate the airlock for a diplomatic mission.
I make first contact with their king, their scion: Thuliak. One look into those burning teal eyes is all it takes. He’s the first and last man I ever need to see. A woman from Eden may never touch a man. To touch the male form is to become tainted. Thuliak taints me in that airlock with his eyes, then with his hands, and finally with his tongue.
Thuliak claims me as his own. He says he wants me to give him babies. There’s another problem though. The Khetar can’t breed like humans. For them, it takes three.
We need a third, my little human.
Tschenkar is a rival scion and Thuliak’s mortal enemy. Where Thuliak is noble and righteous, Tschenkar is vile, disgusting, perverted.
A scion’s claim is unshakable, and both men have claimed me. The only thing that drives the Khetar more than bloodlust is the need to breed, and if I can give them both the babies they want, it might just be enough to stop them from killing each other.