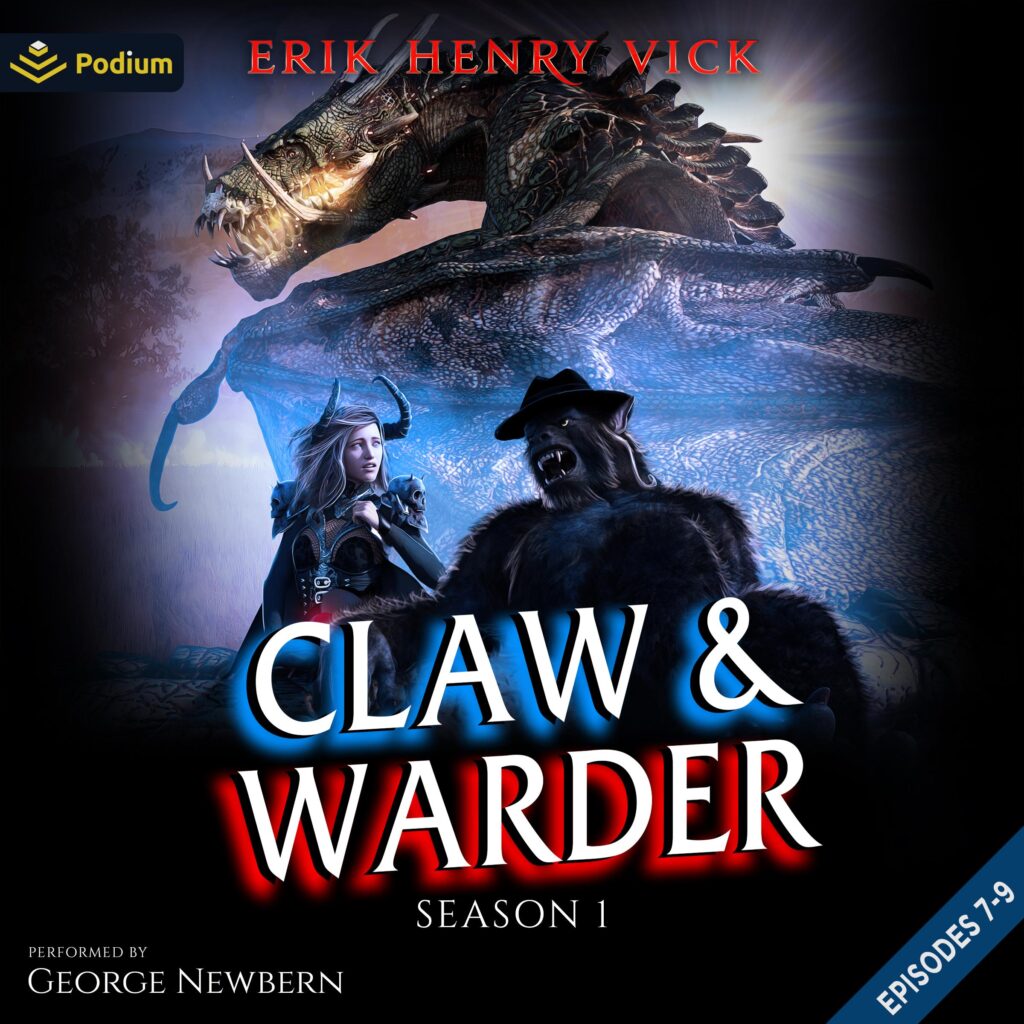 Contains episodes seven, eight, and nine of Claw & Warder.
A Tail of Two Cities, episode seven
It was the best of times; it was the worst of times. It was the age of Starbucks; it was the age of phone apps. It was the season of the supernatural; it was the season of the mundane. It was the winter of coffee; it was the spring of more coffee…a lot more coffee. It was the epoch of jewelry-store-robbing reptiles; it was the epoch of early parole. After 18 years in a locus of Baltimore dungeon, Dr. Agon is released to the care of his daughter in the locus of New York. Following a spate of robberies, Dru and Leery spend the night together…on a stakeout! (Why? What were you thinking?) Can they keep their cool or will things get hot in A Tail of Two Cities?
Sure ‘Lock, episode eight
It’s a dog-eat-dog world. When Richard Brook’s body is found in DeWitt Clinton Park, witnesses claim to have seen a demonic dog chasing him in the early morning fog. Luckily, Van Helsing knows a demon princess and a guy with the right nose to sniff out the truth.
The choice is elementary, really. As Leery digs for bones, they unearth a curse laid on the Brook family by a disgruntled warlock and the greed of Brook’s cocky magister partner, a man with the skills to summon a hound of Hell. Even with Dru’s connections in Gehenna and Leery’s dogged pursuit of the tale, they must eliminate the impossible and see what remains. Can they find enough truth to arrest a "sure ‘lock"?
Slay Fell Things, episode nine
Santa knows when you’ve been bad or good. And he doesn’t care, so do what you want. A lich is any creature that become immortal by magical means. Old Kris Kringle figured it out a long time ago. It takes sacrifice. And this year, he wants to sacrifice Leery.
Leery thought the holiday season would be filled with eggnog, parties, and maybe even a certain succubus standing under mistletoe. But it seems Santa has him on the naughty list for certain thoughts he had about a certain succubus standing under the mistletoe. Will Dru and Leery spend Christmas Eve together, or will they have to "slay fell things"?

Erik Henry Vick is an author of dark speculative fiction who writes despite a disability caused by his Personal Monster™ (also known as an autoimmune disease.) He writes to hang on to the few remaining shreds of his sanity. He lives in Western New York with his wife, Supergirl; their son; a Rottweiler named after a god of thunder; and two extremely psychotic cats. He fights his Personal Monster™ daily with humor, pain medicine, and funny T-shirts.