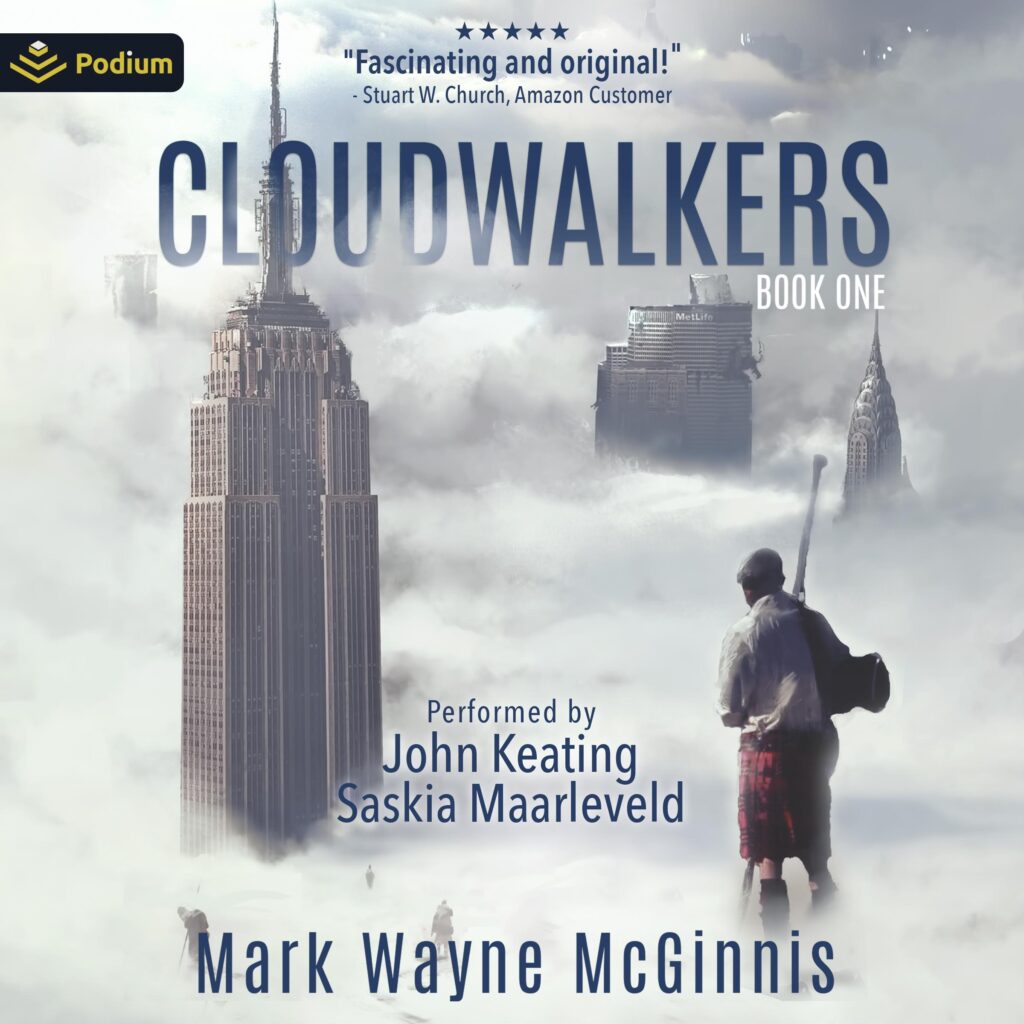 When a cluster of blazingly fast meteorites strikes Earth’s upper stratosphere in the year 2129, they release three destabilizing elements into the atmosphere – Strongzine, Stradamine, and Starlox – which encircle the Earth’s surface in a thick, partially solidified layer of cloud and begin to spew a constant stream of acid rain onto the surface below.
Organic life forms are all but obliterated, and the human race is reduced to a tiny fraction of its population. This event is known as the Ruin.
But five centuries later, humanity still survives. _Cloudwalkers _tells the story of Conn Brataich, a young man who lives a privileged life above the cloudbank, relying on his noble heritage – and the abilities it provides – to guide him through his beautiful but treacherous realm in the New York skylands, and Misty Casper, a Grounder who lives an arduous and somber life hundreds of feet below in the former subway tunnels of crumbling midtown Manhattan. Their two cultures live in uneasy, segregated codependence, rarely interacting until late one fall evening when, mysteriously, an experienced Cloudwalker of noble blood falls 500 feet to his death. Conn is sent to recover the body in secret, but he doesn’t expect to encounter Misty on the dangerous streets of the dying city.
Their chance encounter triggers a domino effect that throws them both headlong into a struggle for their very survival. Conn and Misty soon discover that only by working together can they succeed, but first they’ll have to put aside their preconceived notions about one another. Dark forces, long thought to have been expunged, have returned and are threatening to destroy both their ways of life. Through love, loss, and the looming threat of war, Misty and Conn will be forced to face their greatest fears for the sake of their very world and each other. 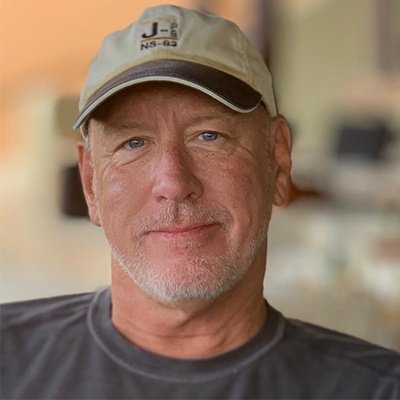 Mark grew up on both coasts, first in Westchester County, New York, then in Westlake Village, California. Mark and his wife, Kim, now live in Castle Rock, Colorado, with their three dogs, Rika, Sammi, and Lilly. Mark's been writing for over 6 years, with thirty best-selling novels. Previously, Mark and Kim produced/directed the full-length feature film, Openings, the Search for Harry.