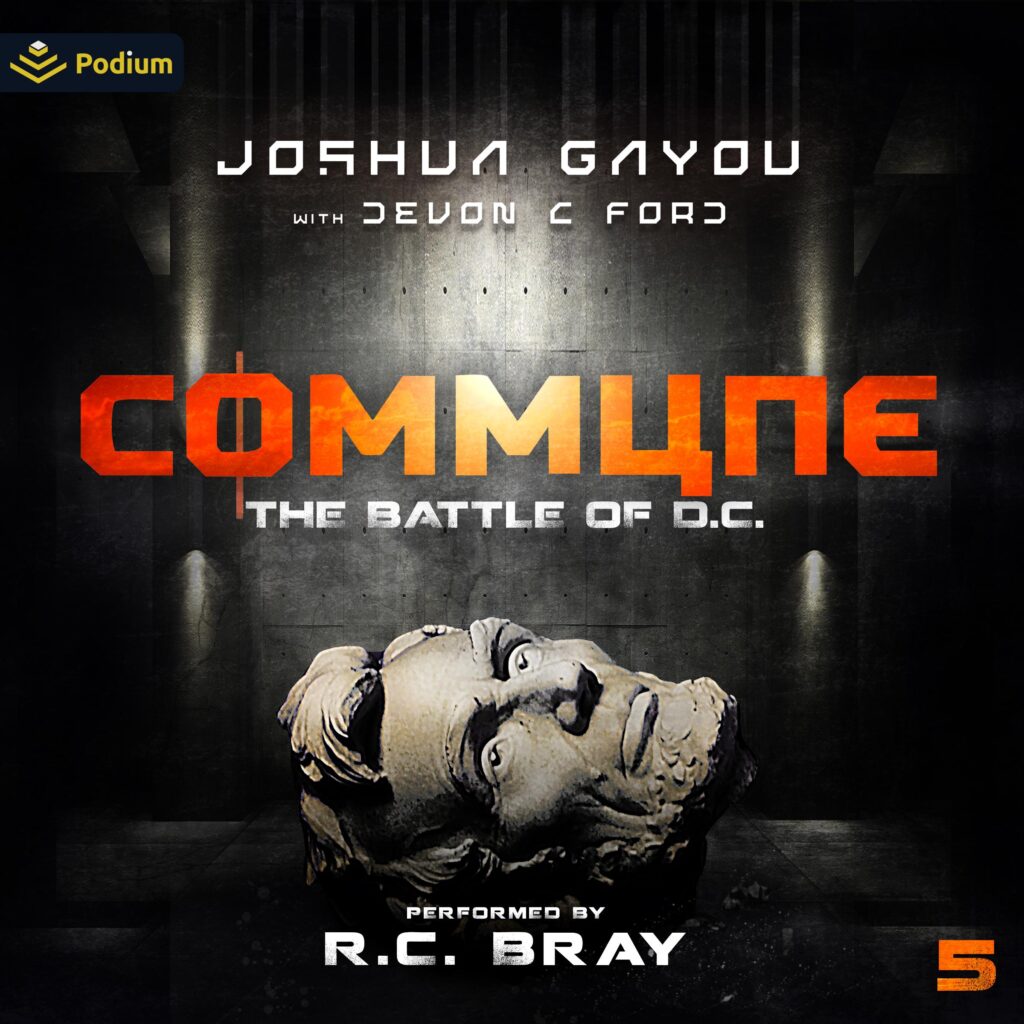 The hit Commune Series is back with book five! Rejoin some of your old favorites and plenty of unforgettable new ones on another deadly romp through post-apocalyptic America.
Books and Bug are polar opposites, despite their friendship. Rumors on the road speak of a hospital in Washington D.C. Leading a small group of survivors, including pregnant women, the two travel in earnest to provide the soon-to-be mothers a safe place to deliver.
Bug, a natural, charismatic leader, refuses to leave anyone behind while the other, Books, is a pragmatic social outsider who wishes not to be responsible for the safety of others. Together, they’re exactly what this group needs to survive.
But DC isn’t exactly the safehaven they hoped for, having been divided into three major factions: the Mall—which is controlled by a man named Knox and his lieutenants—Columbia Heights to the north, and Anacostia to the south.
On arrival, Books immediately recognizes that the people of the Mall are in a wartime posture. Uncomfortable with the idea of being pulled into someone else’s war, he advises that the entire company should depart. Bug, upon realizing that the Mall is wonderfully organized with hydro-electric power, security, and a functioning hospital, refuses that advice, stating that it is more than fair that they should help their new benefactors defend their adopted territory.
Can their bond endure their conflicting points of view or will they be drawn against each other, and into a war that will consume everyone…leaving DC in Ashes?