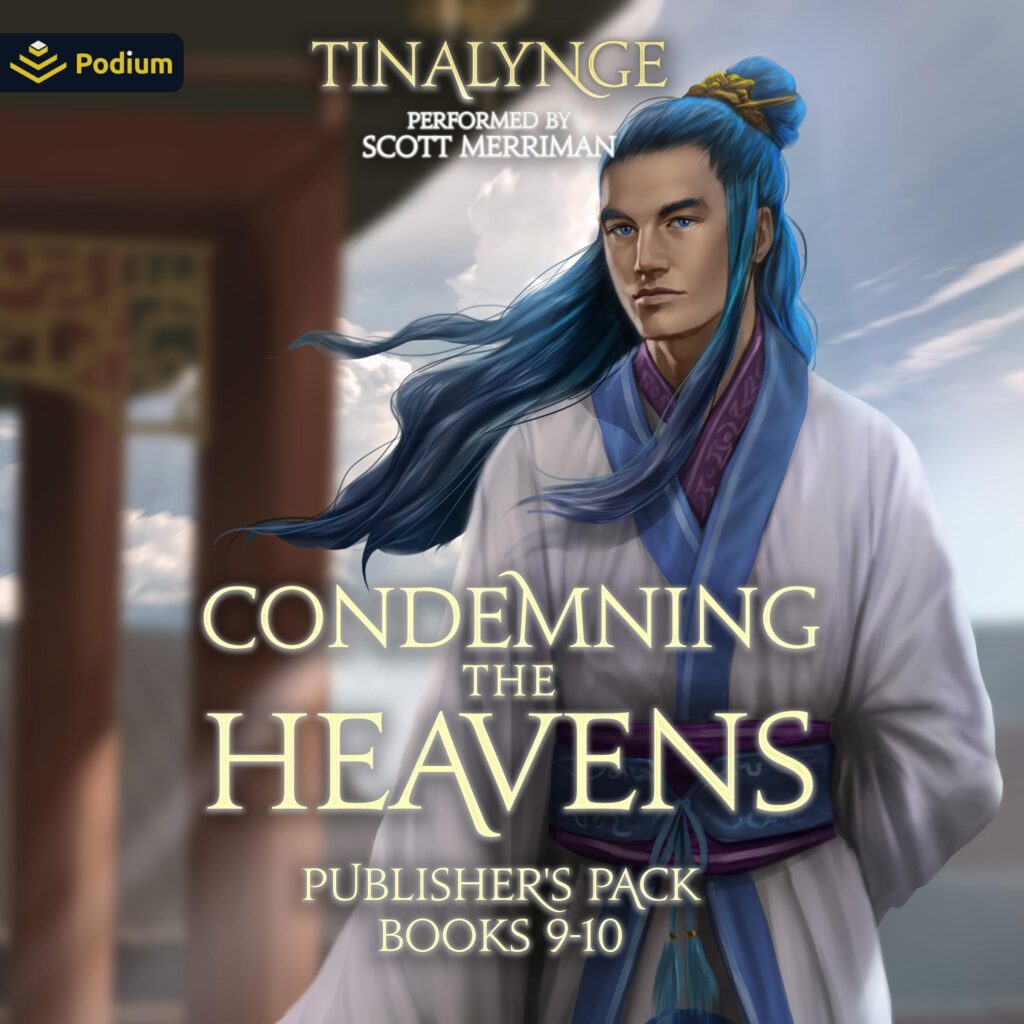 Contains books nine and ten of Condemning the Heavens.
A Deity Once Dreamt, book nine:
In the continent of Chang’an, humans had lived as livestock and slaves to the Primordial Beasts. These beasts were ferocious, bloodthirsty and overwhelmingly powerful, but even so, the humans managed to prevail in the face of despair.
As the human race grew stronger, the Primordial Beasts fought back with relentless fierceness, rousing beast hordes to engage in frenzied battles over the land.
Every single child on the continent was taught martial arts for the sake of fighting these Primordial Beasts, yet many of them were sent straight to their death.
In this world filled with constant battle, a young boy was born. This young boy was hoping to become the most outstanding cultivator, but who would have thought that his talent was so poor that he could not even cultivate?
As the boy was filled with despair over his unfortunate situation, a life-changing event occurred which would forever leave a scar in his mind, pushing him to transcend his limits and grow to become a legend.
Ghost Realm, book ten:
Losing someone important left a deep scar in Lan’s heart, prompting him to search for the key to enter the Ghost Realm for thousands of years. As the key, Xue Wei entered this unknown realm alongside the deity and encountered a world, unlike the one he knew.
In the living world, death was not horrible, as even a dead plant would enter the circle of life and become something else, however, the Ghost Realm was devoid of life, and only souls would roam about. Their way of living was different from everything he was used to, and soon this strange new world expanded his horizons.
They entered the Ghost Realm with the intention of locating and retrieving Lan’s sweetheart, but what they found reversed their entire understanding of the past and the future. Many questions appeared, but the answers kept eluding them.