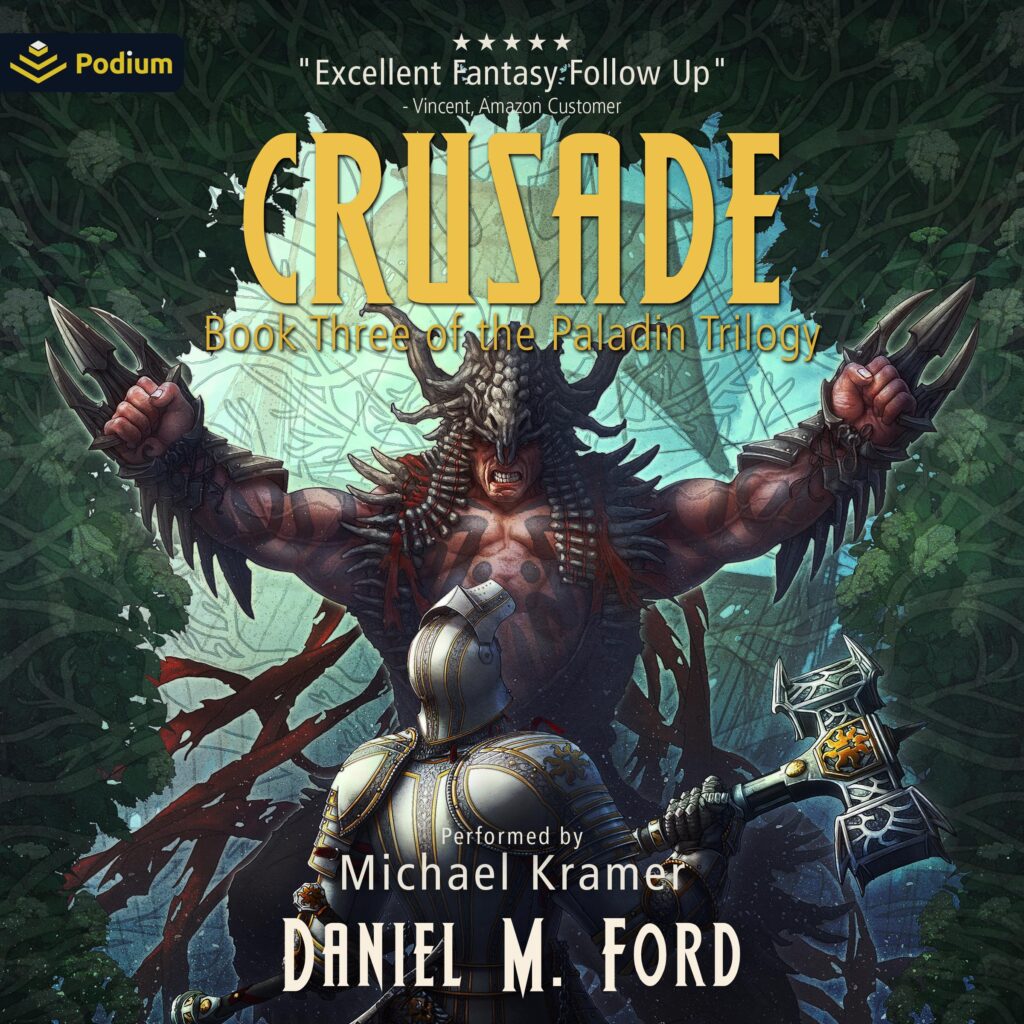 Old ways have been broken in the blood and smoke of the Battle of Thornhurst by Allystaire Stillbright and followers of the Goddess.
Now the Paladin must recover from his ordeal, carve out a hopeful future for the shattered Baronies, and prepare for the next attack upon the Goddess’ new and fragile following.
But the corrupt deity, Braech, the Sea-Dragon, will not easily let go of the power that has long been his. Braech’s minions, led by the calculating Archpriest Symod, march on the now-weakened Baronies.
The final battle, a crusade against the Mother and all of her followers, is near, and Allystaire, the Arm of the Mother, is left to rally the survivors – including some of his oldest enemies – to face a foe that will not rest until all the Mother’s faithful are broken and each Barony submits to the Sea Dragon once more.

Daniel M. Ford is the author of "The Paladin Trilogy" and The Jack Dixon novels. He teaches at a college prep high school in Maryland and lives in Newark DE. When he isn't writing, he's reading, cooking, playing RPGs, and weightlifting.