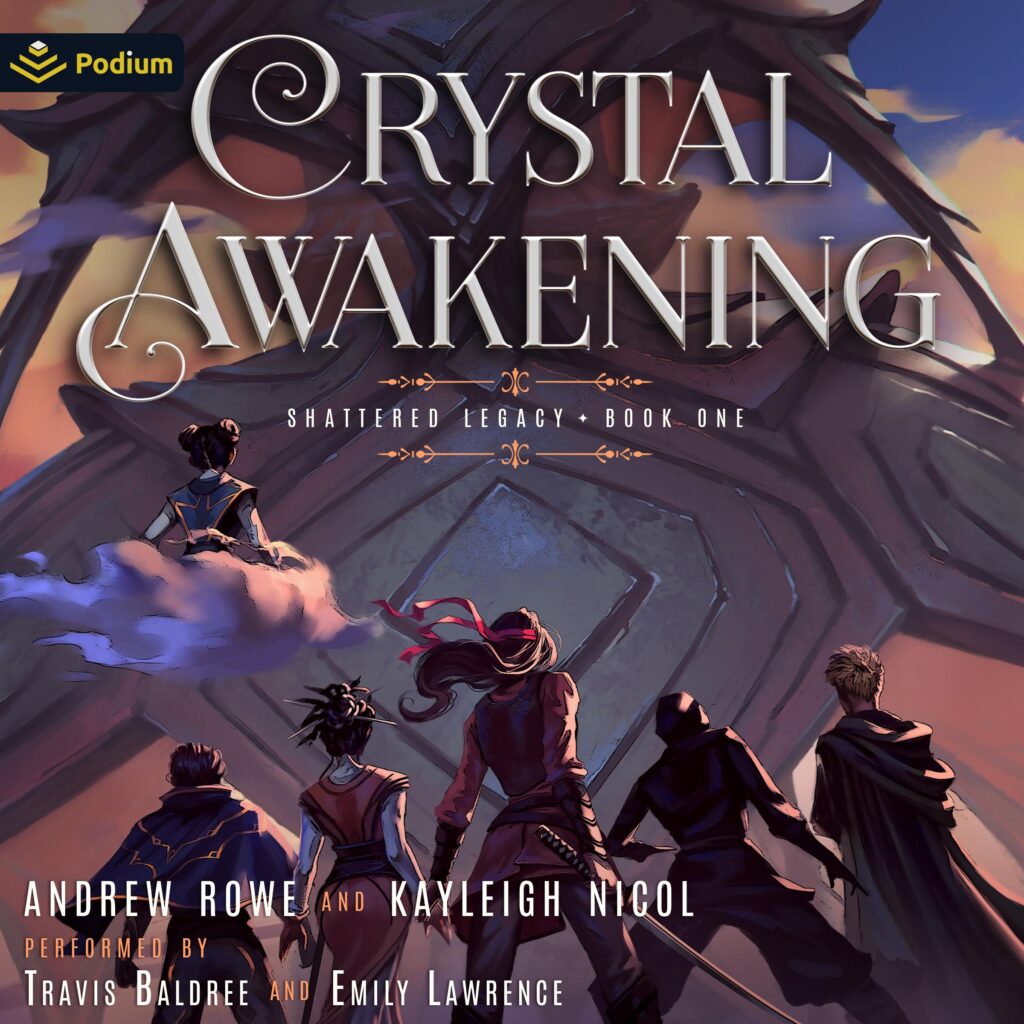 A team of adventurers enters an epic trial of wits, magic, and monsters in this thrilling new fantasy series set within the Arcane Ascension universe.

Parties attempting to claim the treasures of the Tortoise Spire of Dalenos are usually composed of six professional climbers. But following a near-disastrous climb, Team Guiding Star Legacy finds itself two challengers short. With Nieve as the frontline fighter, Sage as the strategist, Lani as the healer, and Emiko as the spellcaster, they need a couple powerful allies to round out the squad.

The first new recruit, Hane, is a fighting and stealth specialist, while the second, Aldis, has quite the talent for teleportation magic. Though their individual reasons for scaling the spire vary—wealth, fame, favor—the team’s shared goal is thus: fight, win, ascend, and repeat. All in the hopes of one day making it to the top, where the goddess awaits to grant them the objects of their deepest desires.

To achieve this goal, they must master escalating levels of fire and ice, dangerous creatures, and confounding illusions. Whether facing a threat to their bodies, their magic, or their minds, each of the climbers accepts the risks. And bending the rules is part of the challenge. Some call this cheating; others call it winning.

But no test is ever straightforward. Because Guiding Star Legacy is being judged, and their next contest is one they aren’t meant to survive. Ascend or fall, the quest is only just beginning.