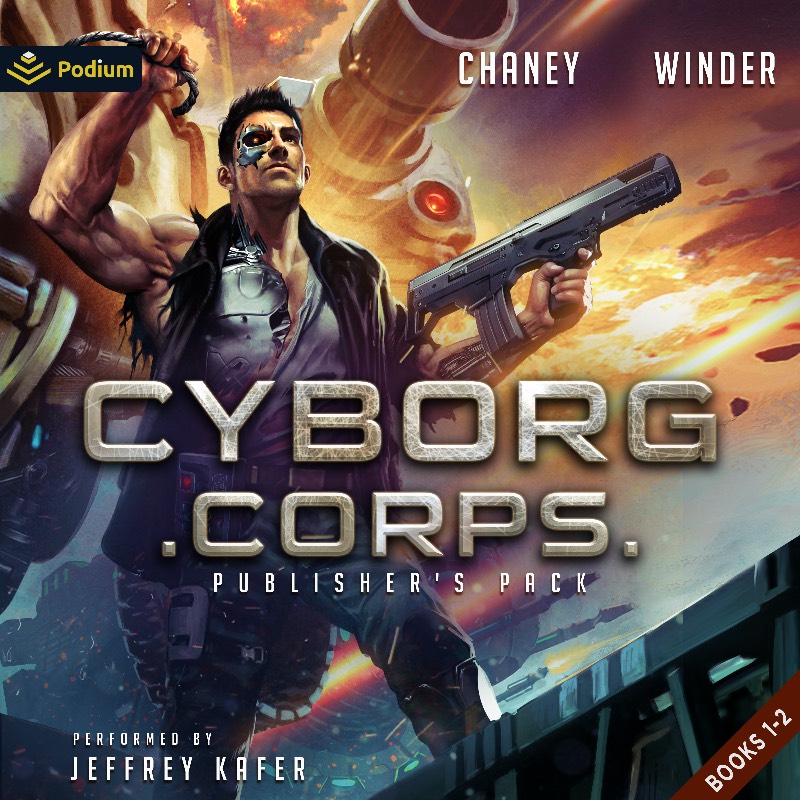 Contains books one and two of the Cyborg Corps series.

Warren Prescott is a veteran amputee who can’t catch a break. When the VA calls him in for an experimental procedure to restore his leg, he is amazed. Finally, he will be able to feel the warm sand beneath his feet again – or so the doctor promises. Too bad it was all a lie.

The next time Warren opens his eyes, four centuries have passed. Somehow, he’s standing in the middle of a battlefield, stuck on a distant alien planet, far away from home. To make matters worse, his body appears to be entirely synthetic. He’s a cyborg, nearly indestructible and enhanced for extreme combat.

With centuries of time missing from his memory and no idea how to get home, Warren is left with no choice but to fight against those who would see him enslaved, and free as many of his brothers as possible along the way.

The shackles have been broken. The war for freedom has begun. Warren’s new colony has become an oasis in a war-torn galaxy, but new enemies and a distant call for help threaten to wrench peace from his grasp.

As more cyborgs are discovered throughout the galaxy, the fight for freedom expands beyond the colony of Reotis. Warren’s search for answers grows, along with his thirst for independence.

He will not be made a slave ever again. He vows to live, to survive, to rebel. No matter the cost.