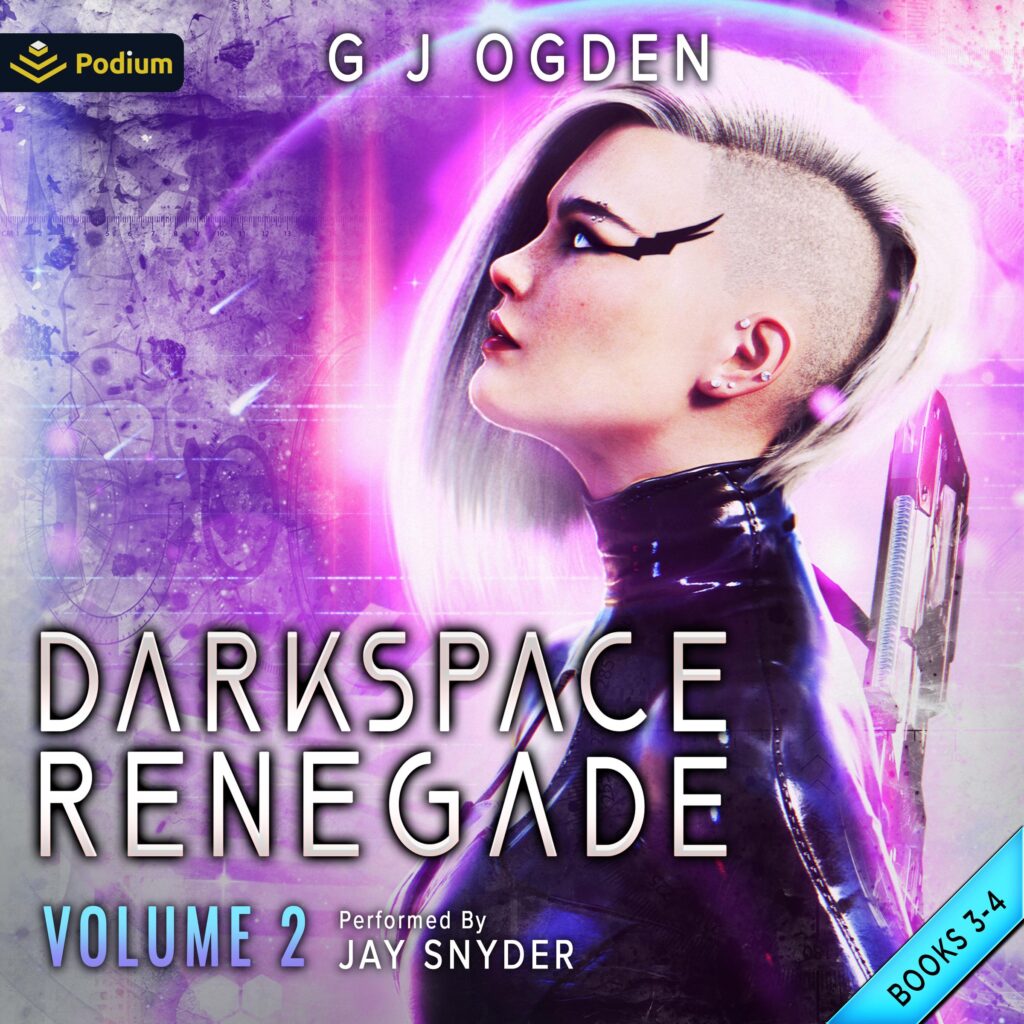 Contains books three and four of The Darkspace Renegade series, a military sci-fi thrill ride fueled by power armor, big guns, and the occasional sword.
Rogue World, book three
A hidden planet holds the key to saving humanity, setting the stage for another ferocious encounter between the Darkspace Renegades and Blackfire Squadron. Discovering the existence of a secret Consortium planet, Darkspace Renegades, Hallam Knight, and Dakota Wulfrun plan a daring raid to the mysterious and dangerous rogue world. The prize is the technology they need to break through the Centrum’s defenses and put an end to bridge travel, before it’s too late. But the mission goes desperately wrong.
Offering to mend the fractured alliance between the Blackfire Squadron and the Consortium, multi-trillionaire tycoon Damien Doyle offers up Dakota Wulfrun as bait. Blinded by hatred, Cad Rikkard will stop at nothing to get his revenge on Hallam, Dakota, and the Darkspace Renegades. But his quest for vengeance comes at a terrible price. Once again outgunned and on the run, Hallam, Dakota, and the Wolf Squadron are lured into a trap and must use every last ounce of their skill and guile to survive. The interstellar bridges are collapsing, entire planets begin to crumble, and the Consortium’s secret is blown wide open. Only Cad Rikkard’s thirst for revenge can stop the Darkspace Renegades now, and he’s out for blood.
Rikkard’s Revenge, book four
The Darkspace Renegades embark on a perilous quest to the fabled 13th Bridge world. But Cad Rikkard strikes back with a vengeful fury that has far-reaching consequences. Unable to secure the technology they need from the Rogue World, Hallam Knight, Dakota Wulfrun, and Dr. Rand must risk everything to travel to the alien 13th Bridge world. Crippled by gravitational anomalies and littered with hidden dangers, they have a window of only a few hours to find what they need and escape to safety.
But in the shadows, Cad Rikkard is plotting his revenge. Enraged by the death of his Blackfire Squadron friend and ally, Cad Rikkard unleashes an apocalyptic fury on the Darkspace Renegade outposts and hideouts, spread throughout the galaxy. Refusing to be bound by the shackles of his contract with multi-trillionaire business tycoon, Damien Doyle, the Blackfire Squadron strikes at the very heart of the Consortium. As the interstellar bridges continue to collapse, laying waste to entire star systems, the galaxy is thrown into turmoil. As a new enemy rises from the ashes, only Hallam, Dakota, and Dr. Rand can reverse the damage, before all of humanity falls into the abyss. But first the Darkspace Renegades must get past the Blackfire Squadron. Unfortunately for them, Cad Rikkard is prepared to let the worlds burn, so long as he gets his revenge.