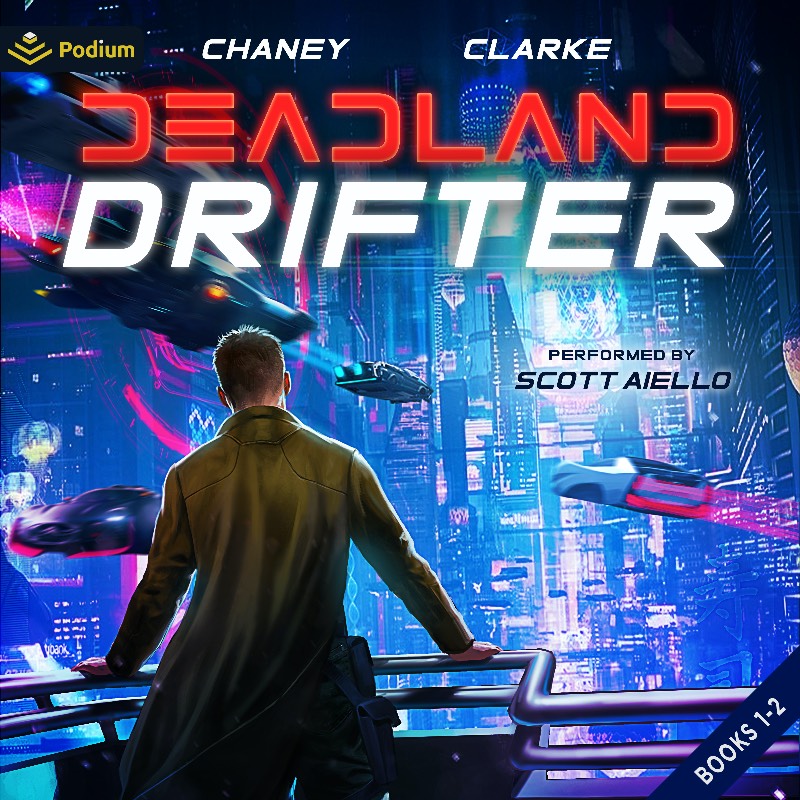 Contains books one and two of the Deadland Drifter series.

When a dental appointment goes sideways, former Union operative Jack Burner wakes to find himself drugged and imprisoned, and he’s given a choice: assassinate an admiral or be killed himself.

With no other option, Jack reluctantly accepts the mission, only to find himself being trailed by a mysterious blonde woman who may or may not want him dead. As if dealing with a terrorist group wasn’t enough.

With the fate of the admiral and thousands of lives hanging in the balance, Jack stands in the middle of an event that could ignite a war on the edge of the Deadlands and Union Space. Despite his exceptional abilities, training, and tenacity, even Jack has little to no chance of preventing this particular powder keg from exploding. He’s going to need a miracle.

A mysterious message beckons Jack to a clandestine “meet”, but something is off. The code is identical to one his team used back in his Union days.

When no one shows, he and Sara find themselves drawn into an investigation to uncover who sent the message…and why.

It isn’t long before they find a trafficking ring that snatches women from shelters and wipes their memories, all with the hope of selling them to the rich and powerful as “wives”. But this is bigger than just a gang of criminals. There’s an organization that stretches across both sides of the law with connections to elected officials at the very top.