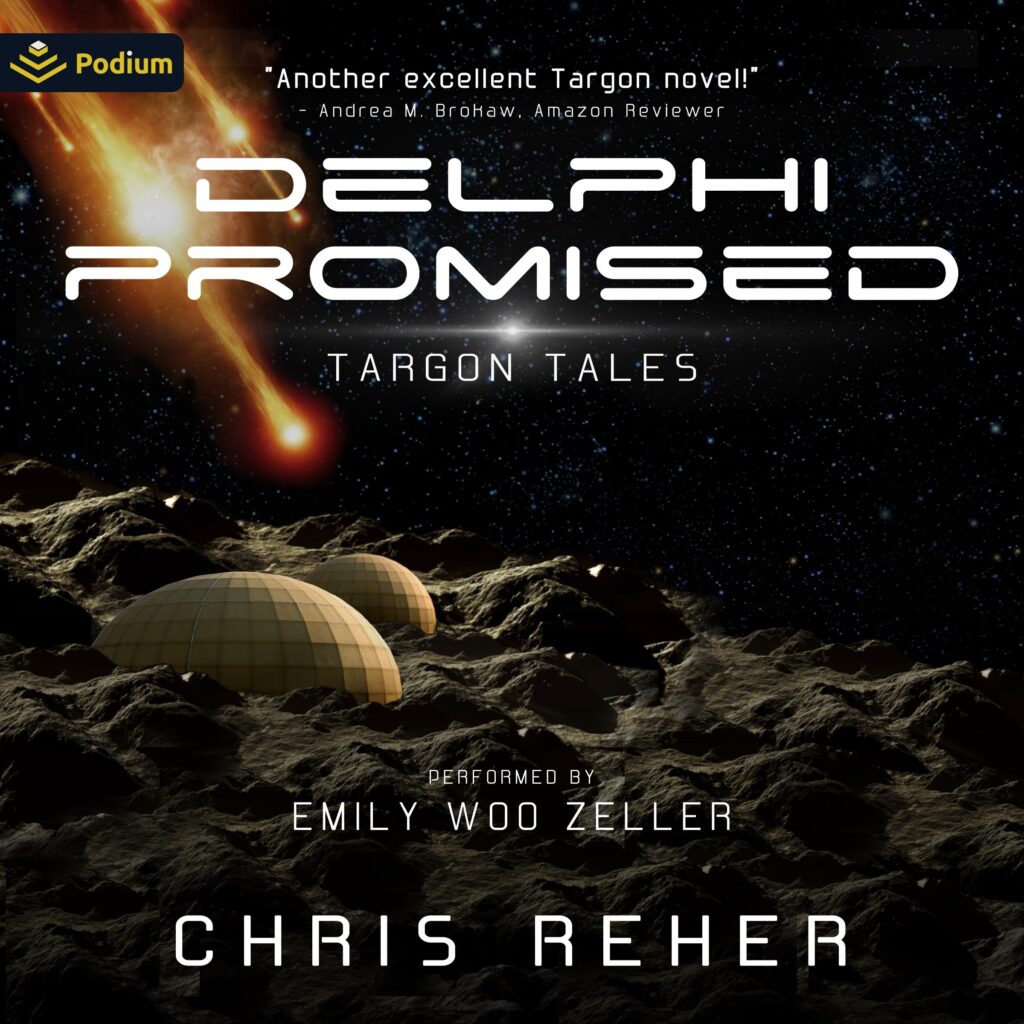 An immense asteroid field is on its way to deliver a torrent of pathogens into this galactic sector, guaranteeing the destruction of any civilization in its path.
Cyann, astrobiologist and human-Delphian hybrid, is eager to join the research expedition dispatched to investigate.
Before they depart, she is called upon by the secretive members of a Delphian sect who believe that the elusive Tughan Wai, a supernatural creature of their own making, plays a part in this calamity. Her own genes hold the key to finding the Tughan and so she and her teammates are sent on a separate, secret mission to the outer rim.
She is not prepared when they are stranded among an alien species whose motivations are enigmatic at best. It seems that nothing can be done to stop the lethal asteroid as it barrels into a densely populated region. The mighty Tughan is not their salvation and so Cyann is forced to draw upon the mental aptitudes of her father’s people and the intrepid resolve of the humans to find her purpose in this fight for survival.