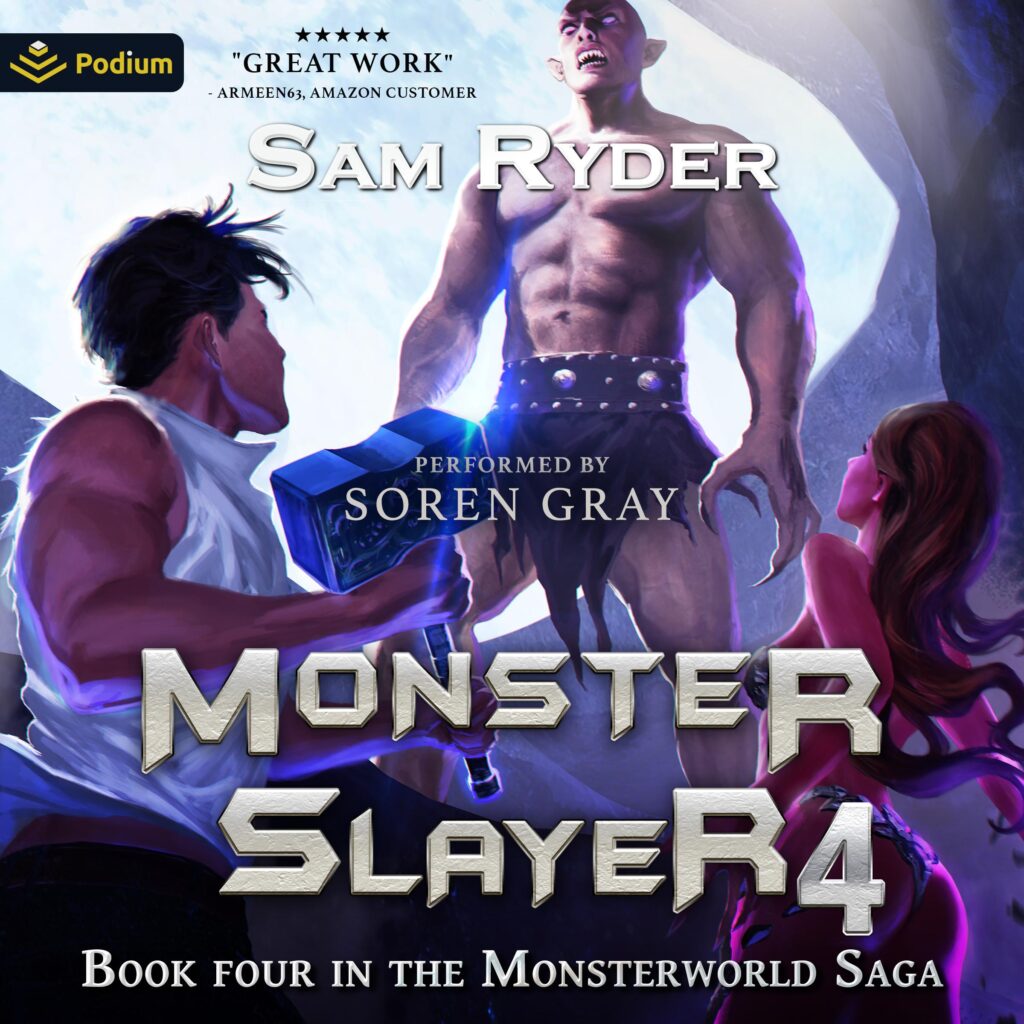 Slay monsters. Bed goddesses. Level up. Rule the world.
My name is Sam Ryder. I was abducted from Earth and brought to a planet called Tor, a world of dying goddesses and monsters. I was leveled up – four times now – turning me from a slightly overweight gamer into a man-beast demigod charged with the unfortunate tasks of kicking demon ass and getting busy with gorgeous goddesses and exotic alien women.
At this point in the tale, we’re about to be attacked by a massive army of shadow monsters conjured from the depths of the underworld (yeah, that part sucks), but don’t worry, there’s hope. Because we’re awesome. Time to have a big ol’ schoolyard scrap. This is the continuation of my story.
Note: This book has monster slaying, cursing, heavy violence, and a group of exotic goddesses and alien women. Mature listeners only.