Descendants of the Fall

Descendants of the Fall Omnibus 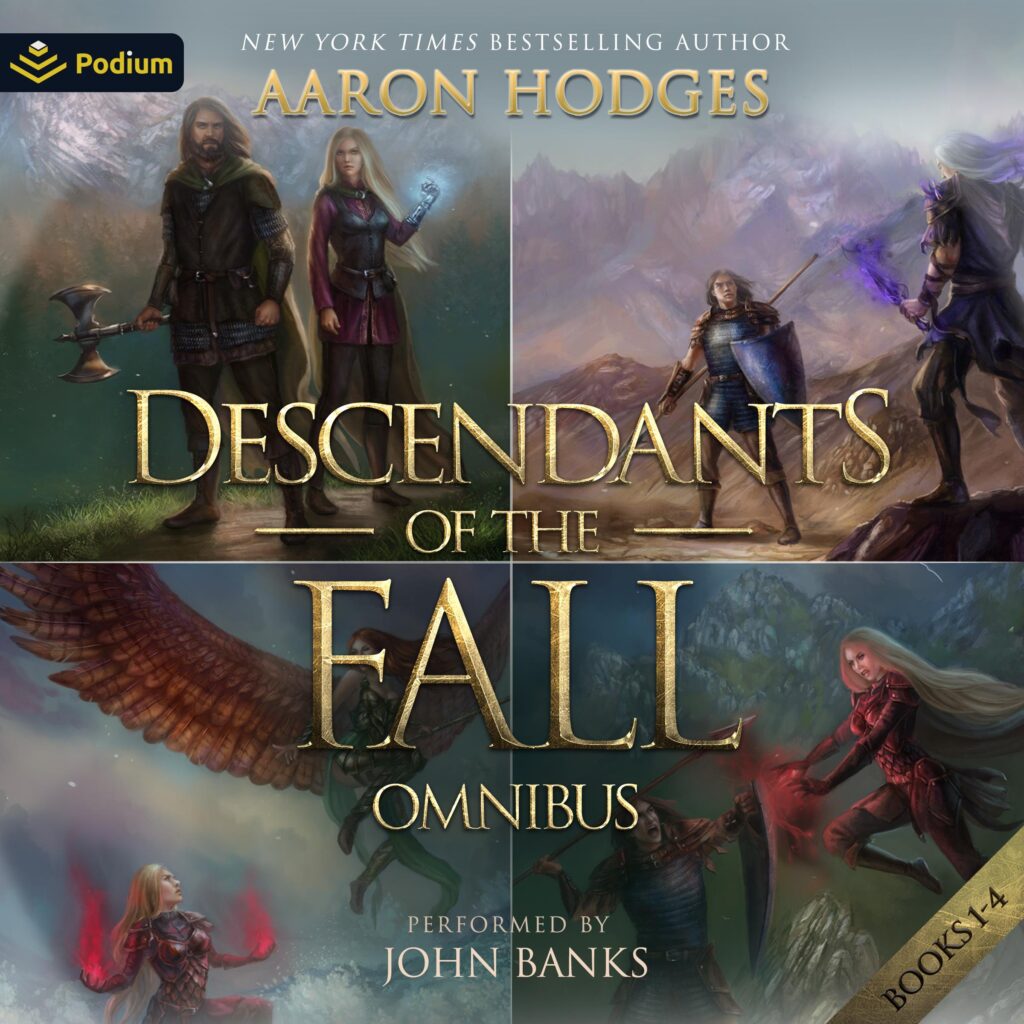 Contains the complete Descendants of the Fall series:
Warbringer, book one
Centuries ago, the world fell. From the ashes rose a terrible new species – the Tangata. Now they wage war against the kingdoms of man. And humanity is losing.
Recruited straight from his academy, 20-year-old Lukys hopes the frontier will make a soldier out of him. But Tangata are massing in the South, and the allied armies are desperate. They will do anything to halt the enemy advance – including sending untrained men and women into battle. Determined to survive, Lukys seeks aid from the only man who seems to care: Romaine, the last warrior of an extinct kingdom.
Wrath of the Forgotten, book two
A war is brewing between the kingdoms of humanity. Bound and broken, Lukys stumbles through the darkness. Whispers come from all around, the voices of the Tangata, inhuman enemies of mankind. But the Tangata have a secret, one that might finally end 10 long years of war. If only he could escape and bring word to his people. But what chance does a failed soldier have against the terrifying powers of the Tangata?
Age of Gods, book three
Pursued by the inhuman Tangata, Lukys flees on foot through the wilderness. He and his companions make for the ocean, a stolen ship their only hope – but even that may prove fleeting. For should they reach the island of Perfugia, a war is brewing between the kingdoms of humanity.
Dreams of Fury, book four
On the distant shores of Perfugia, Lukys and Sophia have finally found sanctuary – and an unexpected power left by their ancestors. But their refuge cannot last. The inhuman Tangata are marching upon humanity, and divided by war, the kingdoms cannot stand against them. In a world torn by war, can Lukys, Sophia, and Erika bring together the scattered forces of humanity in time to face the coming threats? Or will human civilization Fall again?