Descendants of the Fall

Descendants of the Fall: Publisher’s Pack 2 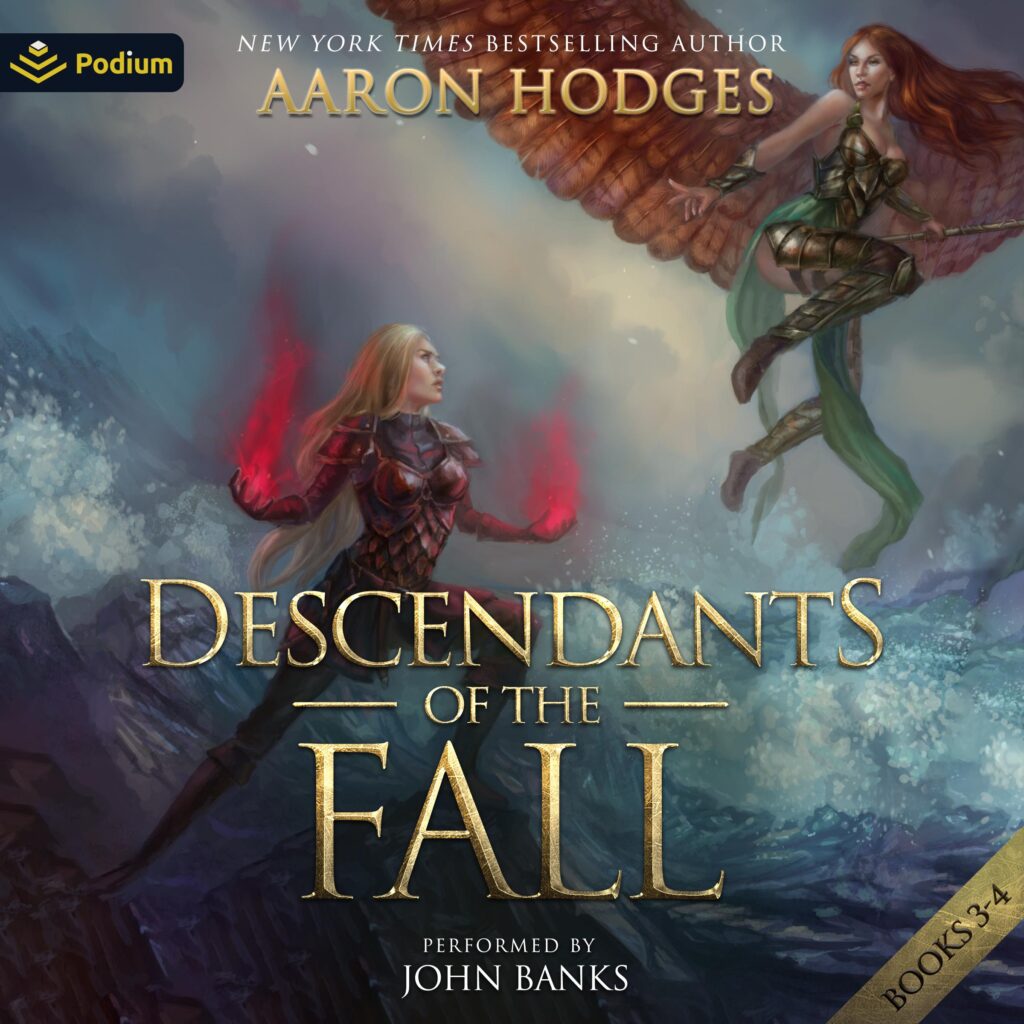 Contains books three and four of Descendants of the Fall.
Age of Gods, book three
Pursued by the inhuman Tangata, Lukys flees on foot through the wilderness. He and his companions make for the ocean, a stolen ship their only hope—but even that may prove fleeting. For should they reach the island of Perfugia, a war is brewing between the kingdoms of humanity. Lukys fears he will find only more death on the shores of their homeland. But they have nowhere else left to go.
Meanwhile, the Queen’s Archivist might hold the key to peace. Standing before the City of the Gods, Erika has dreamed of this moment her entire life—so why does she feel such dread? The City is nothing like she imagined, plain stone buildings in place of soaring towers. And the Gods have sworn against interference in the struggles of lesser beings. She must make them see the truth, convince them to abandon their ancient laws, or humanity will fall. And the Tangata will rule, ascendant.
Dreams of Fury, book four
On the distant shores of Perfugia, Lukys and Sophia have finally found sanctuary—and an unexpected power left by their ancestors. But their refuge cannot last. The inhuman Tangata are marching upon humanity, and divided by war, the kingdoms cannot stand against them.
Meanwhile, Erika flees the Mountains of the Gods, the weight of failure heavy on her shoulders. Far from coming to humanity’s aid, the Gods have sided with the enemy. Erika seeks to warn her friends of the coming threat, but she returns to find a world at war. The Flumeeren Queen has turned against her neighbors—and while she claims to want only unity, it matters not to her whether the kingdoms submit willingly, or by the sword.
In a world torn by war, can Lukys, Sophia, and Erika bring together the scattered forces of humanity in time to face the coming threats? Or will human civilization Fall again?