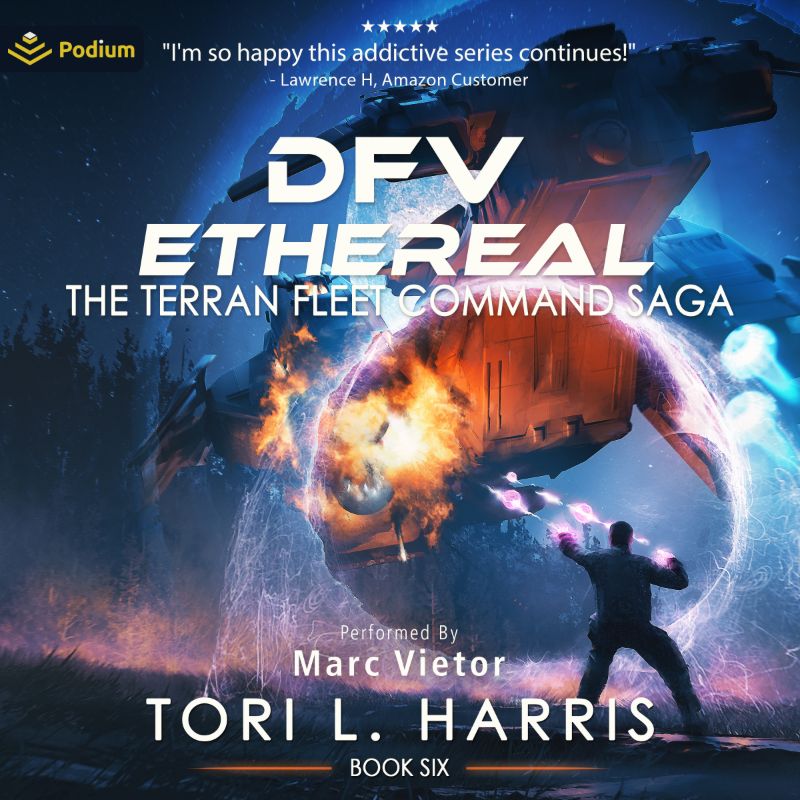 Desperate tyrants often resort to desperate tactics…regardless of their species.

After suffering a near-catastrophic defeat by Terran Fleet Command, the Pelaran AI strain gambles on a bold, “hands-on” approach to controlling the destiny of a human world. On the pre-industrial world of Didara 4, Dryden Beck awakens alone in the depths of the Scarsdow Forest, knowing that he has murdered thousands of his own people, but with no memory of how or why.

He soon discovers that he has been forever changed; modified against his will to serve as the most powerful weapon in the arsenal of a ruthless puppet master bent on total domination. Stripped of powers he never wanted but now desperately needs, Dryden finds himself caught in the middle of a war in which both sides – those he once sought to destroy as well as his former master who forced him to do so – see him as their most dangerous and hated adversary.

To prove his allegiance, Dryden’s only choice is to flee. It is a journey that will take him across a region where opposing sides seek to destroy one another, and wielding technologies are introduced centuries before their time, supplied by a mysterious benefactor whose motivations remain unknown.

With the help of a pair of enigmatic Grey aliens, can this lone human regain control of the same deadly weapons he once used to slaughter his own people in time to save them?