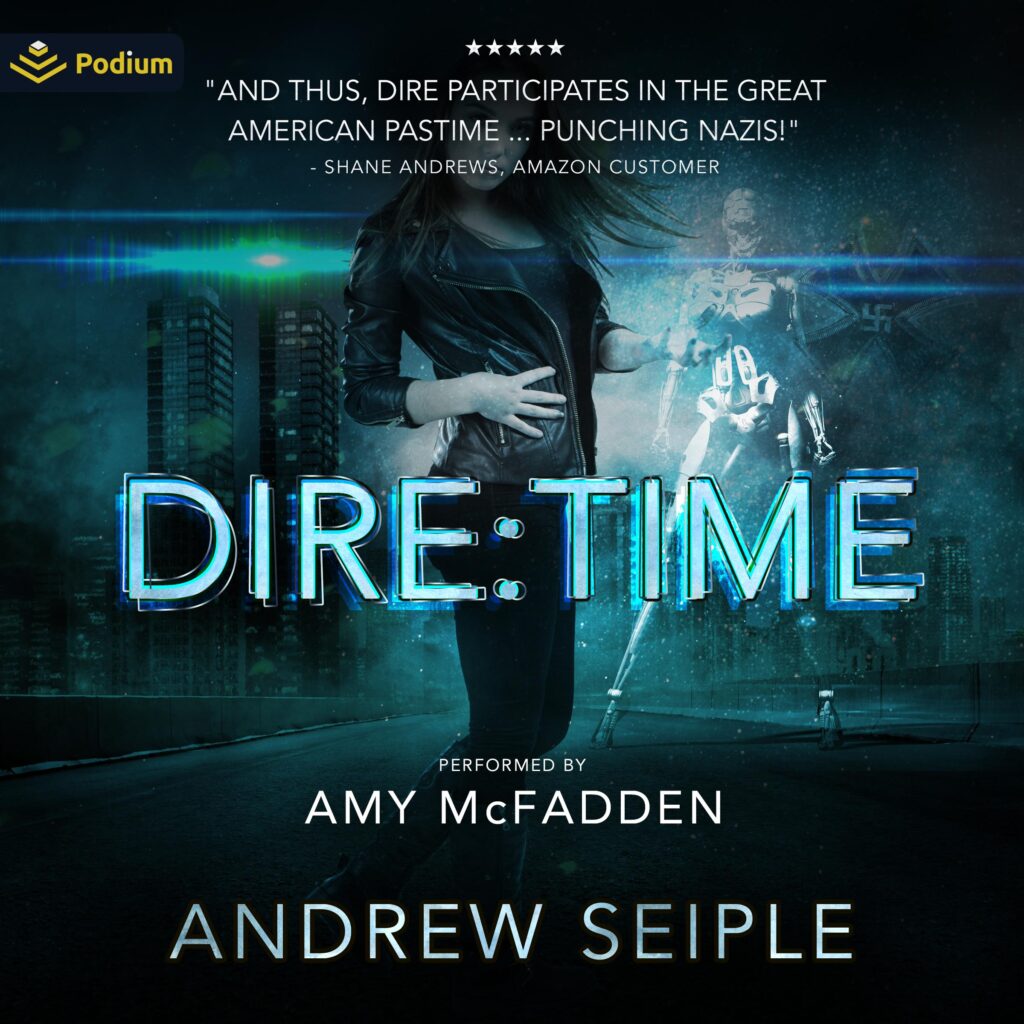 Destroying city blocks, battling heroes, and working toward a sinister master plan…all part and parcel of Doctor Dire’s day.
But when unexpected interference from a time-travelling enemy throws her back in time, she finds herself up against an evil more vile than she could ever be. It’s Dire versus the Third Reich, and the poor Nazi bastards have no idea what they’re in for!
Meanwhile, back in present day, Dire’s friends and allies must scramble to fend off both heroes and villains, while trying to assemble the means to return Dire to her proper time. Can the motley team of society’s rejects withstand the stress without Dire to aid them?
The Doctor and her teammates have a hard road to travel, and before it’s done, the darkest secrets of Doctor Dire shall finally be revealed…with fatal consequences.