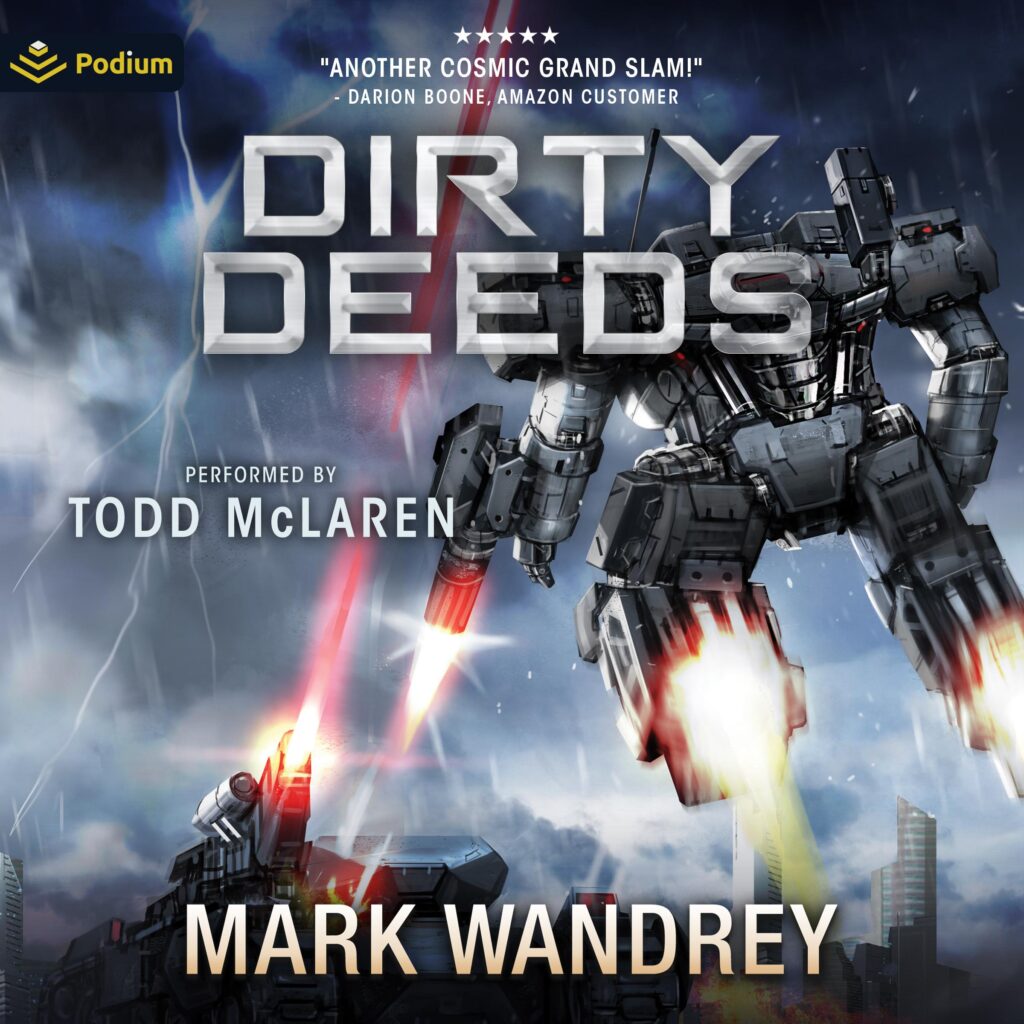 Old mercs don’t die, you do.
Abraham Murdock left his home of Sheridan, Arkansas, at 17 to start a merc career that spanned almost 50 years, working for dozens of companies, killing aliens and getting paid across the galaxy.
Near the end of his career, he landed a gig with Cartwright’s Cavaliers. The storied Four Horsemen unit was just coming back from near catastrophe, and the battle-proven Murdock was an ideal choice for their top sergeant. It would have been a perfect last contract, but then his dropship was destroyed in the Chimsa system, killing the flight crew and him.
Or did it?
Nobody was more surprised than Murdock when he found himself alive. After weeks of surviving in a failing CASPer, floating in space amid the ruins of dead starships, he was rescued by an alien salvage crew.
Deciding retirement was the right call, he headed to Valais, a beautiful aquatic paradise not unlike the South Pacific on Earth. Warm sun, sandy beaches – peace and quiet. That is, until the alien mercs arrived, and he suddenly found himself back in his old trade and up to his ass in the Omega War. What good is a 70-year-old merc in a star-spanning war?
Never trust an old man in a career where most die young. Murdock isn’t quite done…yet.