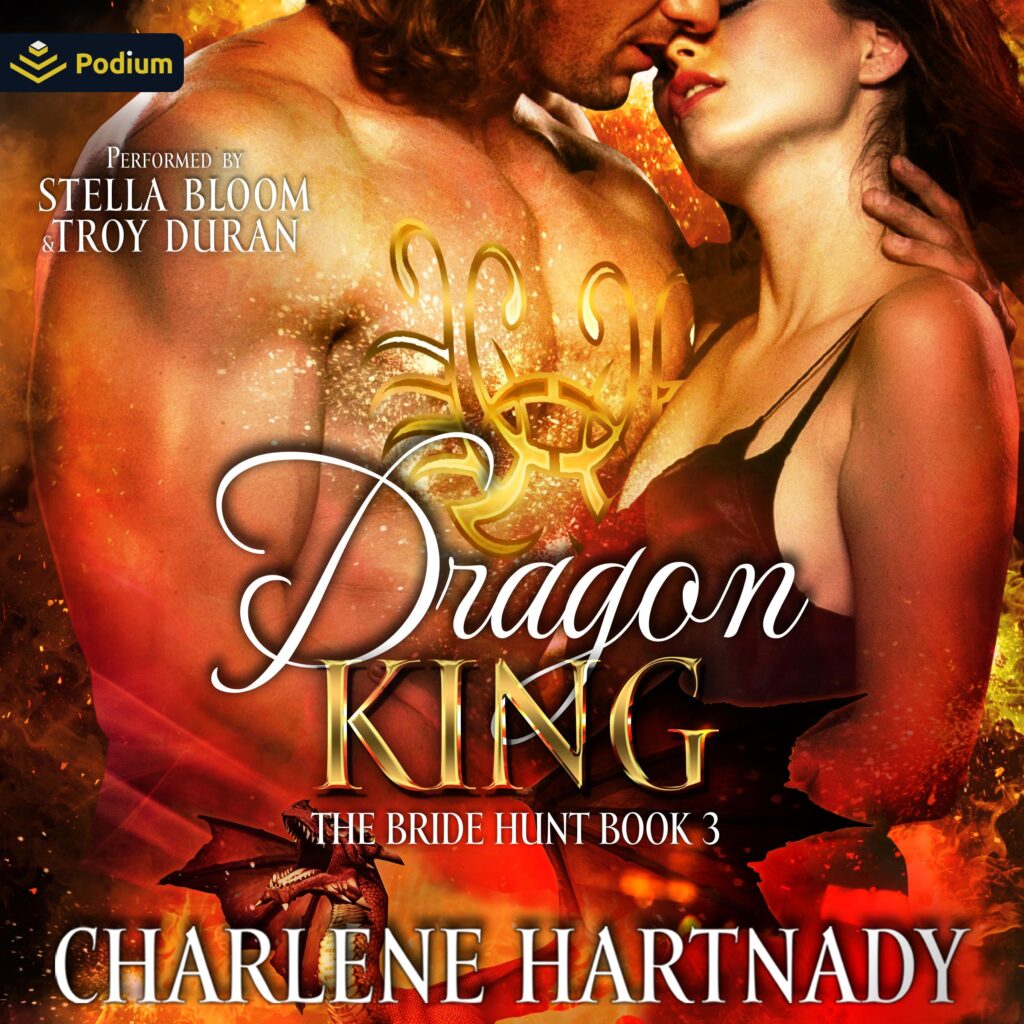 Blaze has loved and lost before. He’s been down that slippery path and never wants to go there again…especially not with a human.

It’s a great pity that he has no choice. The problem is that he’s the fire king, ruler of all four kingdoms. Blaze is expected to have heirs, and the sooner the better. He’ll have to take a human as his mate, one that will bear his young, but he doesn’t have to love her. Blaze plans on handling it like a business transaction. No love, no emotion, no problem.

Dragon King can be read as a standalone, but would be best enjoyed as book three of The Bride Hunt series.

Troy was made for loving you, baby. But his wife frowns on that, so he sticks to audiobooks, of which he’s recorded over 360 to date. You may have gathered by now that Troy is writing his own bio in third person. Why? Ego, maybe. Compensating, I don’t know. It IS a bit annoying if we’re being honest, but what are you gonna do? Anywhoo… If somebody were to narrate MY life’s story, I’d like it to be the guy from Forensics Files but with what I leave behind we’d have to settle for the guy who played the bait shop cashier in Ozark, and that’s cool too. Also, I like whiskey.