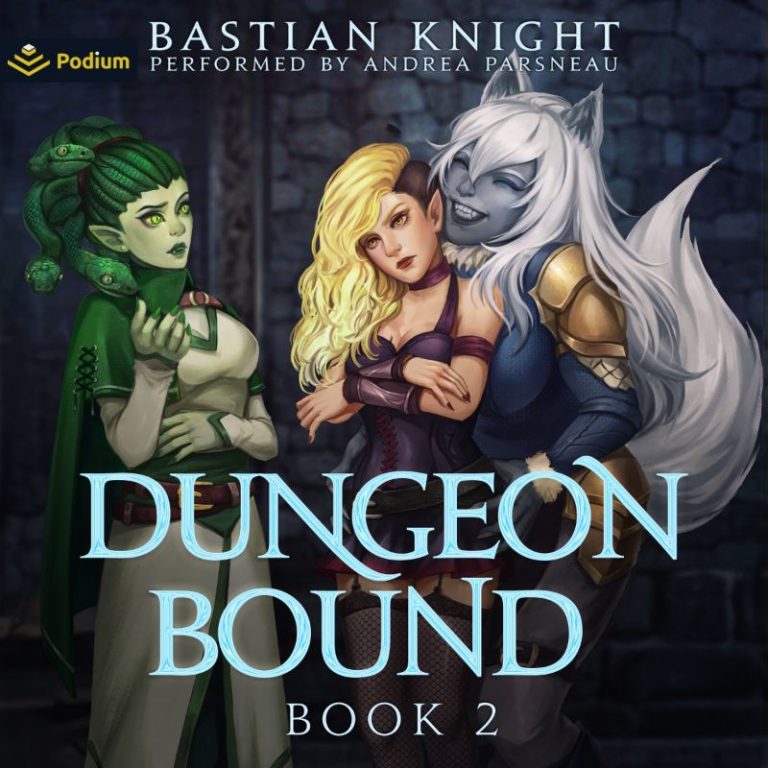 A week ago, all Gabriel wanted was to graduate and settle into a boring but safe job. Last night he tore a man’s soul out to save a gorgon.

He’s never felt more alive. But their victory over his longtime bully provides only a short reprieve. There are darker threats than greedy adventurers hidden deep beneath Lostbarrow, and more enemies await in the city above.

Gabriel’s new life as a Dungeon Master has been filled with violence. But after bonding two incredible monster girls, he wouldn’t dare change a thing. With their help, he might be able to last long enough to settle into his role…if he can recover the stolen crystal before it’s too late.

Can Gabriel and his bonded defend the Core and track down the sorceress who betrayed him?

Narrator, voice actor, and all-around character only begin to describe the force of nature that is Andrea Parsneau. If a diverse cast of characters capable of emotional depth and comedic delivery is what you are looking for in your audiobooks, you must begin listening to Andrea Parsneau.