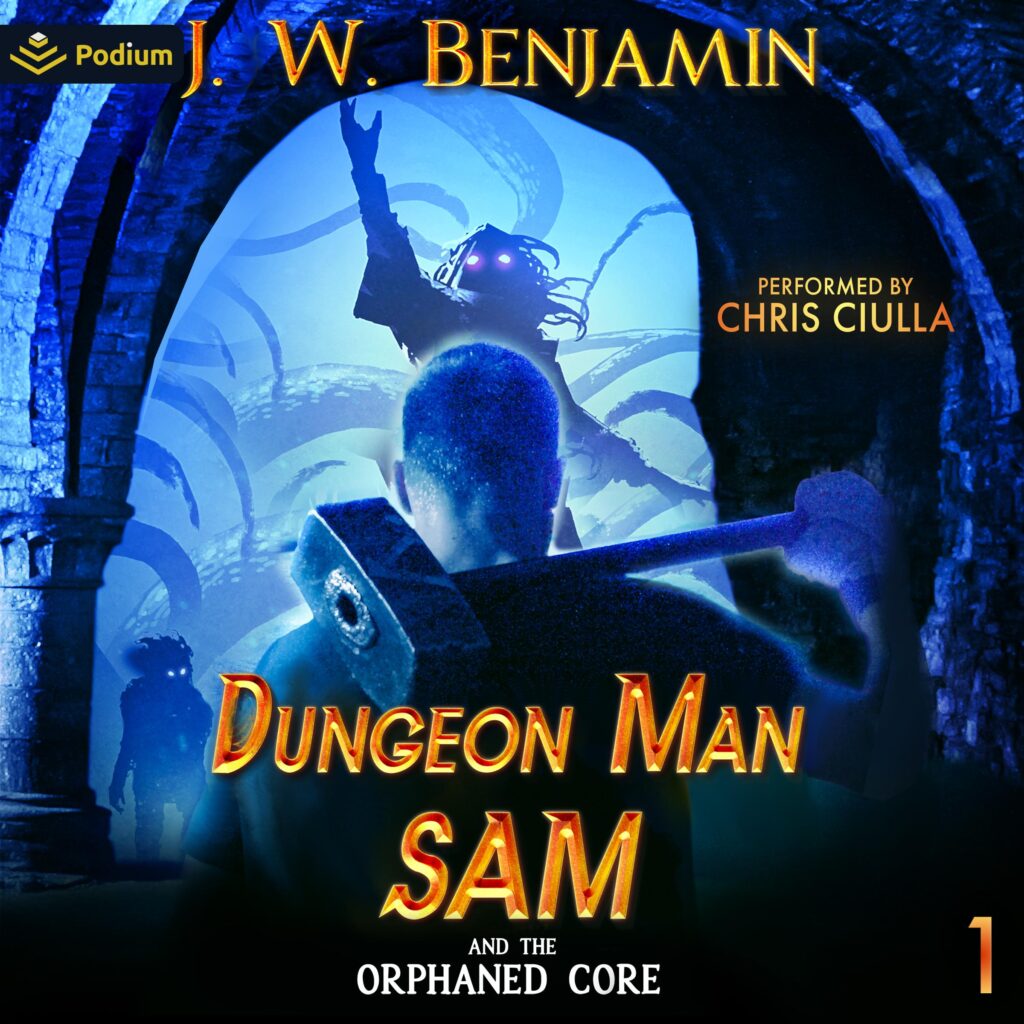 Samuel Tolliver holds a deep and abiding hatred for Dungeons. For years he’s been working and scheming to rid them from existence, and now he’s got a plan to do it.
But there’s a problem: dungeons form the backbone of national economies and their construction is big business in this world. It doesn’t help that Sam’s father runs one of the world’s premier dungeon construction companies, or that Sam works for the family business.
And when a series of disastrous events culminate in the death of Sam and everyone he knows, it seemed that all was lost. Until a voice came to him, offering a deal he could not refuse.
Now Dungeon Man Sam has returned to life as the guardian for a strange new dungeon core. To save himself and his family, Sam must construct a dungeon like the world has never seen and defend it against all comers, be they monstrous or adventurous.
If he succeeds, he’ll see his family once more. If he fails, oblivion awaits.
And somewhere, beyond his awareness, something ancient and terrible stirs and takes notice.
_Dungeon Man Sam _is a slow-burn character-focused dungeon-building LitRPG novel with a unique leveling system and elements of crafting and real time strategy.

J. W. Benjamin ("Ben" to his friends, enemies, and that one talking dog down the street) is slightly older than the Internet and slightly younger than petroleum. He has been writing since he was knee-high to a grasshopper, and has recently decided to inflict-I-mean Share his work with the rest of the world. He currently lives in Hawaii with his long-suffering cat, who just can’t understand why Ben can’t just ignore his responsibilities and spend all day playing with him instead.