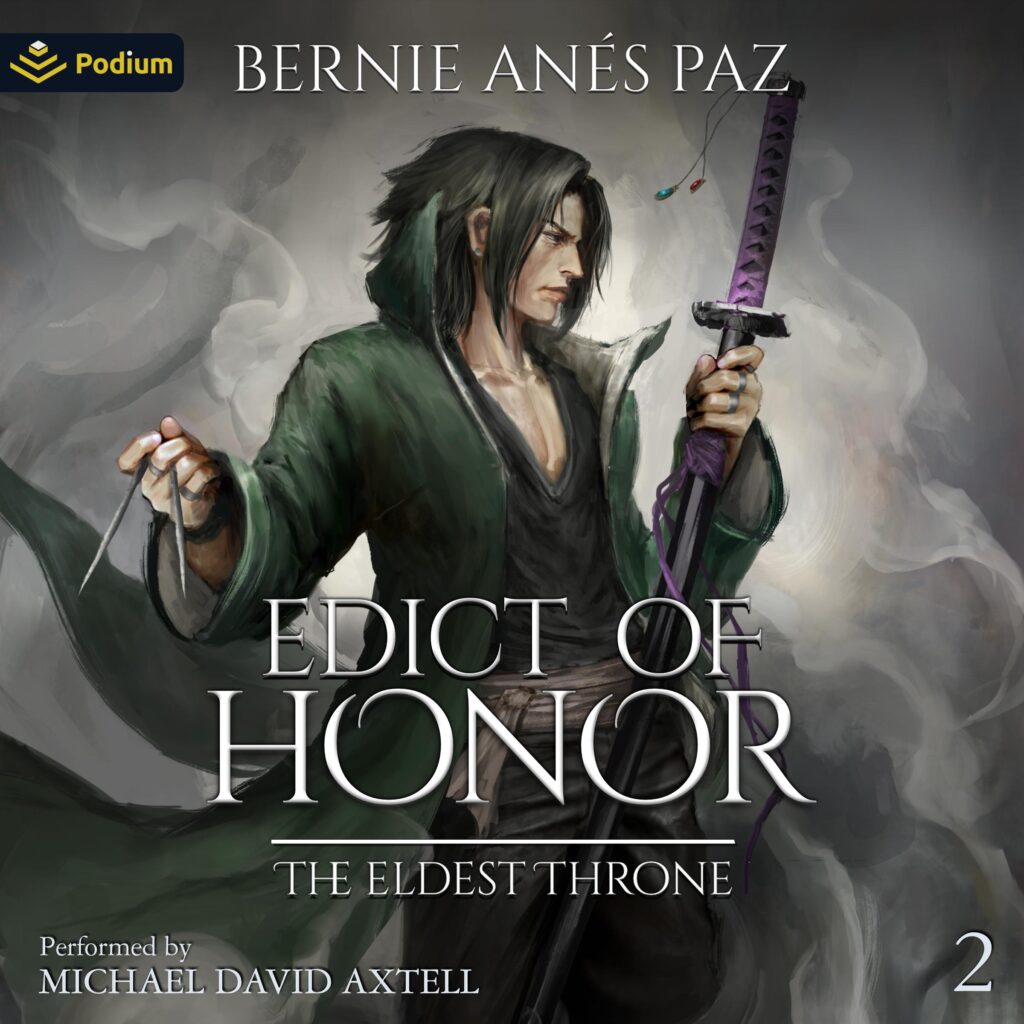 A screaming sword. A dangerous renegade. Both stand in the way of the coterie’s first mission.
After being sanctioned by Avyleir Library, Roun and his friends find themselves looking forward to their futures as sacred guardians of humanity. Roun knows, however, that their evaluation was only one obstacle along an endless path, and it does not take long before they receive their next challenge: the coterie’s first Copper rank mission.
The job seems simple on the surface, and tasks them with protecting a village from the threat of a roaming brigand clan. Yet upon their arrival, they discover the inhabitants are anything but what they expected – and are soon drawn into a conflict against something far more sinister than mere outcasts.
To make matters worse, an apostate feared across the empire may lie at the heart of the brewing storm, a man whose legend is as great as that of the profane artifact he seeks. Caught between timeworn vows and their equally ancient bearers, Roun’s coterie will need to battle against impossible odds to complete their mission – and prove they can overcome even the darkest strokes of Fate.

Bernie Anés Paz is a former U.S. Army medic that now spends his free time writing novels inspired by the fantasy comics, books, and (J)RPGs of his childhood. Whenever he's not writing or delving into the latest story-rich game, he's usually tinkering around with code, building desktops for friends, or taking apart the latest tech devices for fun.