Empire of the Dead | Podium Audio 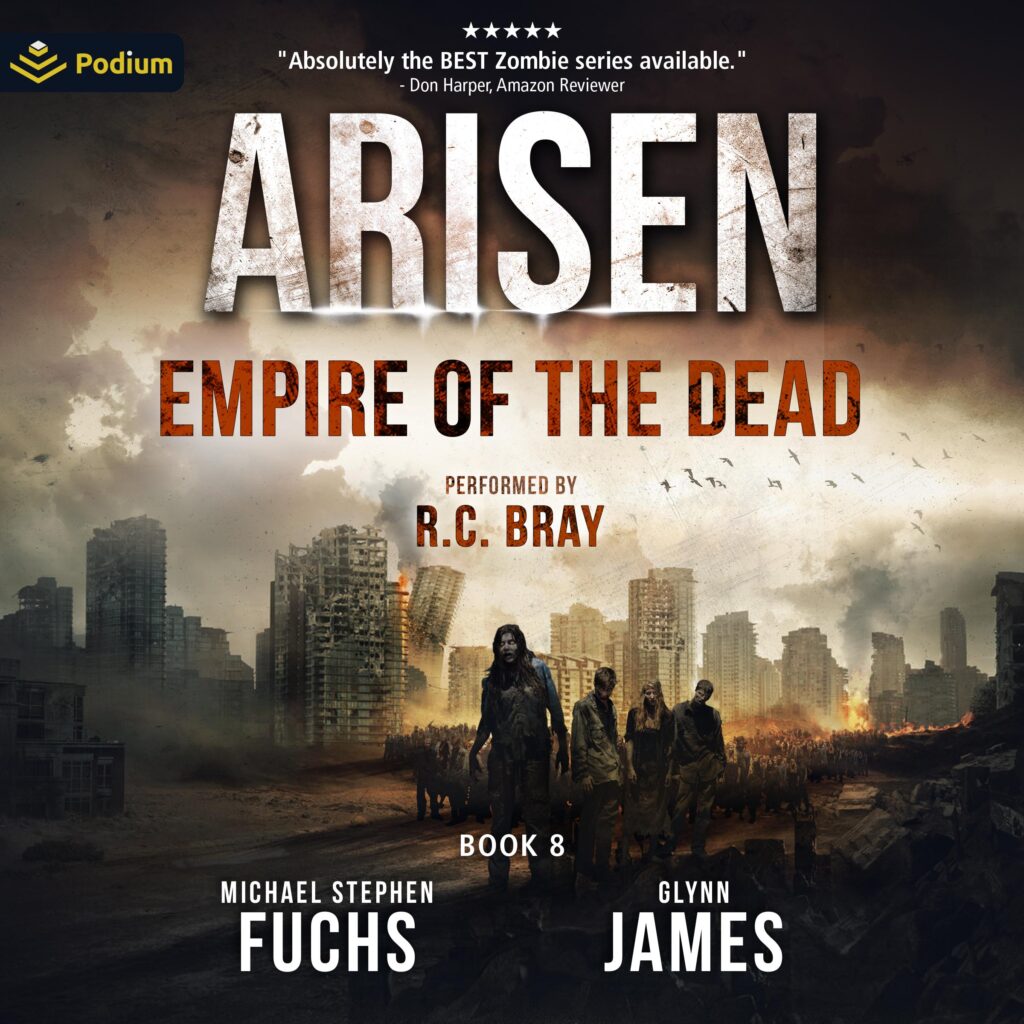 Alpha Team Battles Its Greatest Nemesis
With Juice in heavy contact on the do-or-die shore mission, Ali in a blistering sniper duel over the South Atlantic, and Homer all alone and massively outnumbered deep beneath the keel of the JFK, the Alpha operators are in the fight of their lives – against tactically outstanding, pain-invulnerable, and utterly merciless Spetsnaz commandos and with no guarantees about who will be left standing at the end….
The JFK Clings to Survival
Perilously low on ammo, fuel, planes, pilots, and options, and seemingly outmaneuvered at every turn, the beleaguered John F. Kennedy engages in a lethal game of cat and mouse with the gigantic and weapons-bristling Russian battlecruiser – with not just their lives on the line but the lives of everyone on the planet….
One Troop Fights Furiously to Hold the Center
As London comes under unrelenting siege, Jameson and the Royal Marines face down a lightning-fast and terrifyingly uncontrolled outbreak in CentCom’s Strategic Command Center – the beating heart of humanity’s last defenses against the dead – and with no one but them standing in the way of total collapse and utter devastation….