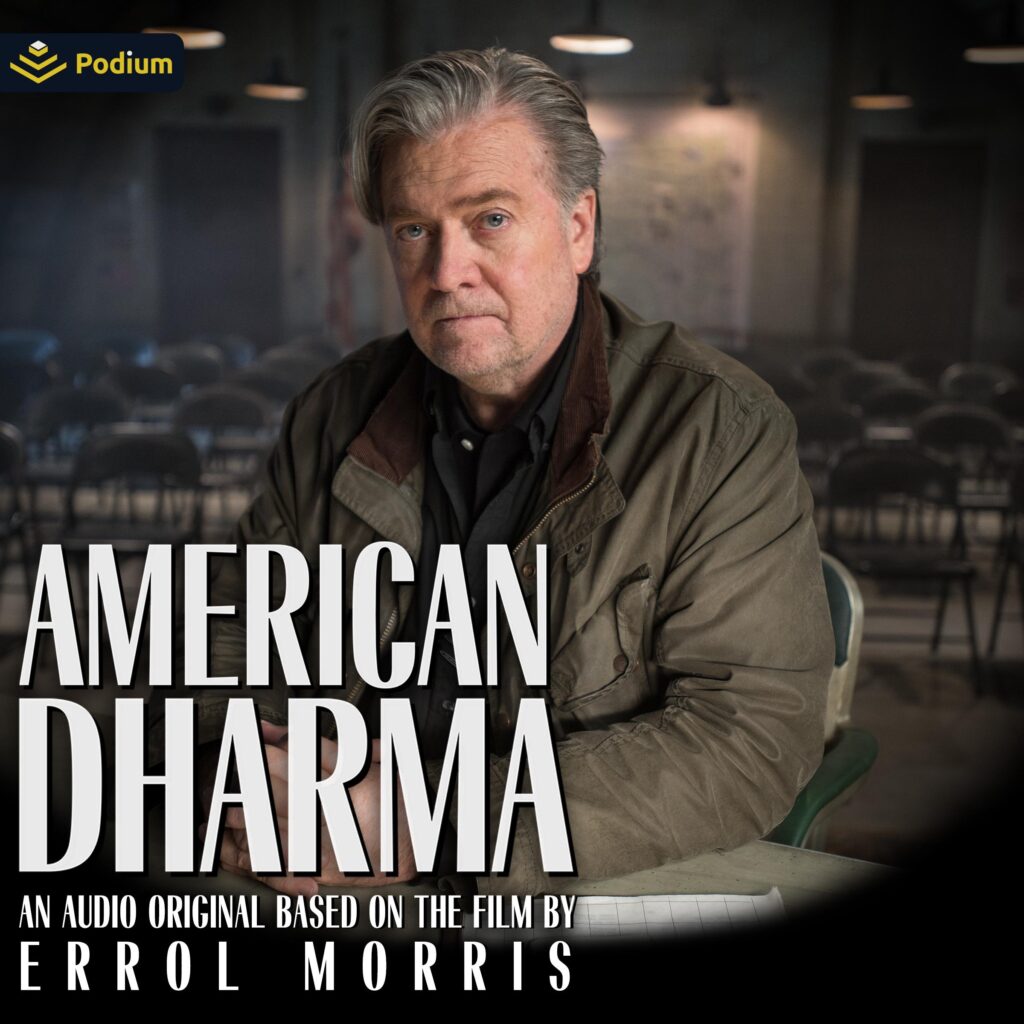 In American Dharma, Morris interviews controversial Donald Trump political strategist Steve Bannon to try and make sense of the man and the movement. The film premiered at the Venice Film Festival to a standing ovation before having its North American premiere at the Toronto International Film Festival and New York Film Festival. The subject of this New York Times Critic’s Pick continues to stay in the news, from his recent indictment for allegations of fraud, to his relentless tour stoking right wing nationalism across the globe.

Produced by Podium Audio in collaboration with Utopia and The Invisible Studios West Hollywood. Featuring voice-over narration by André Sogliuzzo.