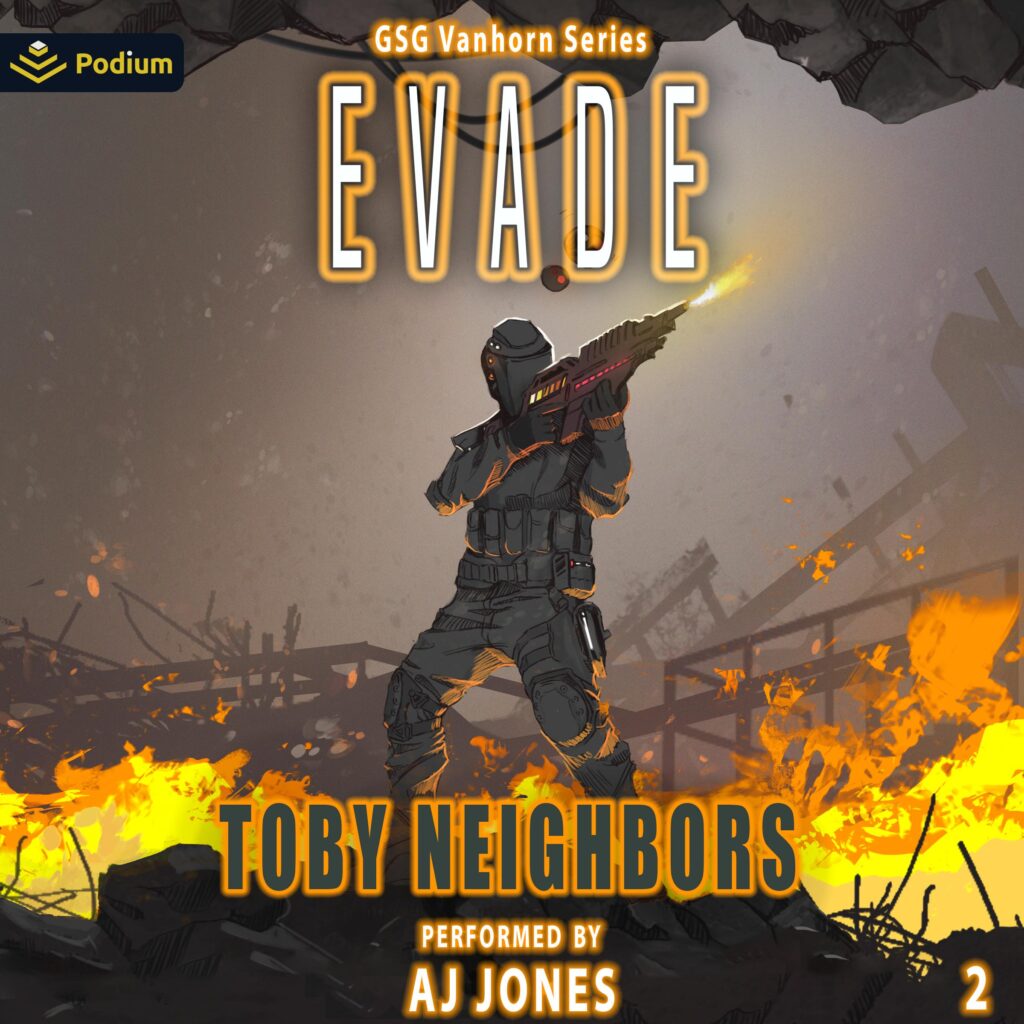 On mission on a hostile alien world, anything that can go wrong will go wrong.
The Fleet Marines have inserted a team of Terrestrial Advance Combat (TAC Team) Operators to the Orrkasi’s sacred home world, and Eli Vanhorn, the hero of Leonis B, was picked to be part of the team. The Orrkasi are a violent, savage race who have been humanity’s enemy in a war across the galaxy that spans decades. TAC Team Operator Eli Vanhorn is an agent of chaos, and he’s been let off the leash.
But the Orcs are intent on tracking his platoon down on the wild, alien world. Out numbered, with no back-up, Lieutenant Zeke Masterson has sent Van and Trix out to disrupt the enemy’s efforts to track them down. Things are about to get messy on Orrakron.
_Evade _is the second installment of the GSG Vanhorn series, a non-stop thrill ride with all the action and adventure you’d expect from a rugged space marine.