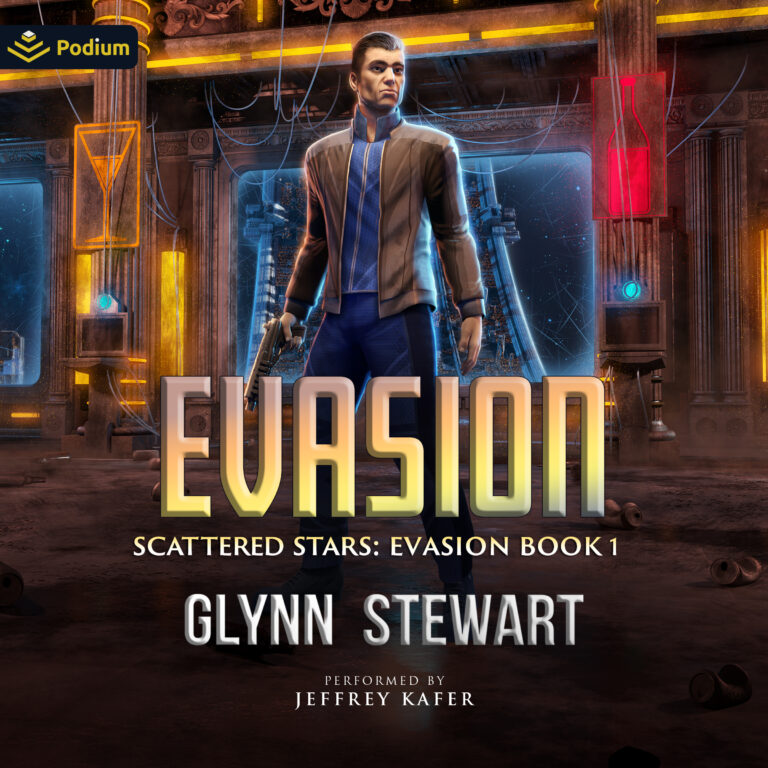 Captain Evridiki “EB” Bardacki was once a nova fighter pilot for a nation he truly believed in. Betrayal and failure sent him into exile and flight. Now, owner-operator of the freelance star freighter Evasion, he treks the edge of human space, taking cargos that lead him ever onward—but there are lines he will not cross.

When those lines are challenged, EB makes enemies of the most powerful crime syndicate for a hundred light-years. When one of their victims stows away on his ship, he finds himself pursued by an enemy with assets everywhere he turns.

Caught between the devil and the deep dark void, EB has run out of places to run—but in a child looking to him for salvation, he may have found something to fight for!

This book deals with themes and details of human trafficking and sexual exploitation.