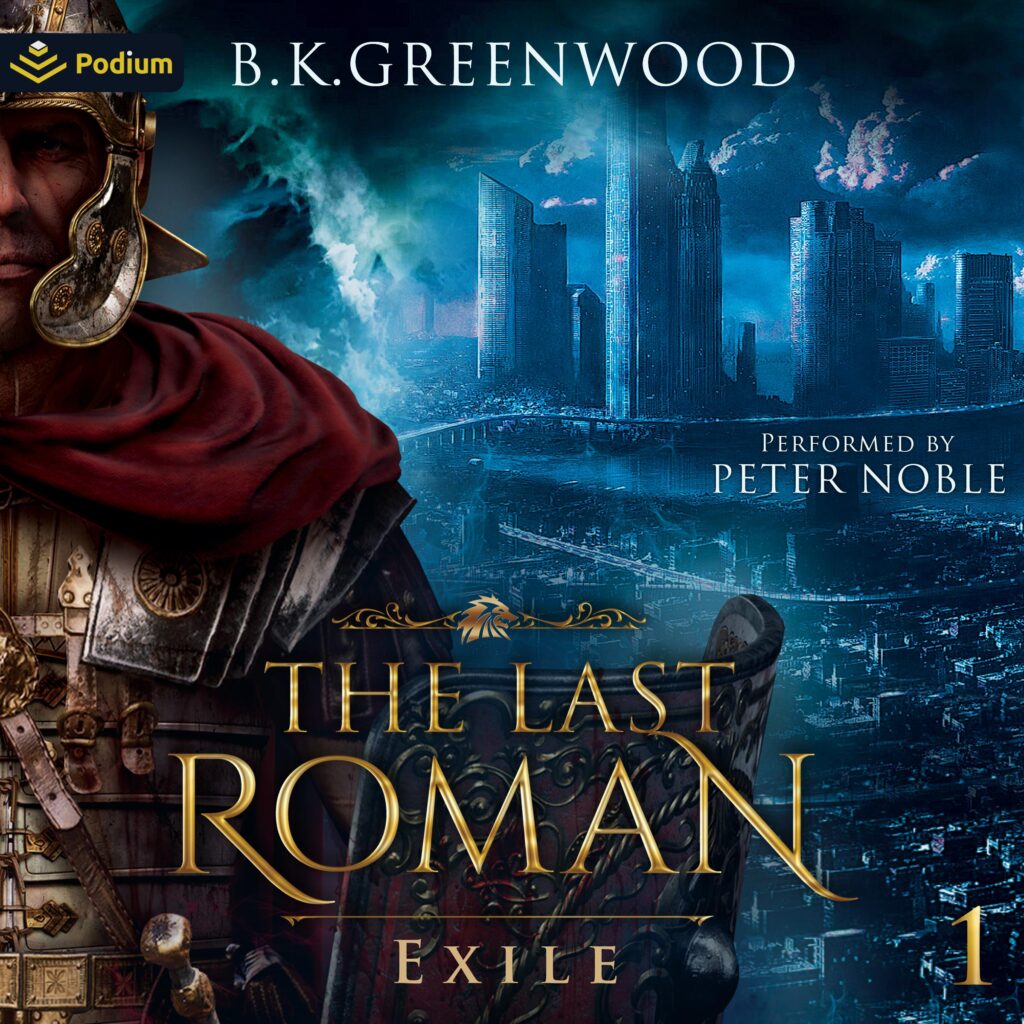 What if The Gladiator smashed into The Highlander, and then careened into Jason Bourne?
You would get The Last Roman: Exile. Some debts you cannot repay, even if you live forever. Seasoned imperial officer Marcus Sempronius Gracchus leads the 9th Roman Legion into a bloody battle against a fierce barbarian tribe. It’s a battle he won’t survive. When he awakens three days later, clawing his way from a shallow grave, Marcus must face the reality of his new existence. He will never see the afterlife…but that won’t stop him from dying time and again over the next 2,000 years.
Marcus is not the only one cursed with eternal life. Forced to confront the only brother he has ever known, can Marcus prevent the inevitable and find redemption? Together they are determined to bring the world crashing to its knees.
Follow the story of a man who should be dead, as he tries to save the world…and his soul.
Includes bonus story Monsoon.

B.K. Greenwood lives in Austin, Texas, with his wife and wolfpack of 4 rescue dogs. He loves to travel and has incorporated his experiences into his writing. B.K. enjoys works of fiction and nonfiction, with a heavy emphasis on history, adventure, and classics. His passion for history is on display in his debut novel, The Last Roman: Exile.