Fall of the Kings | Podium Audio

Fall of the Kings 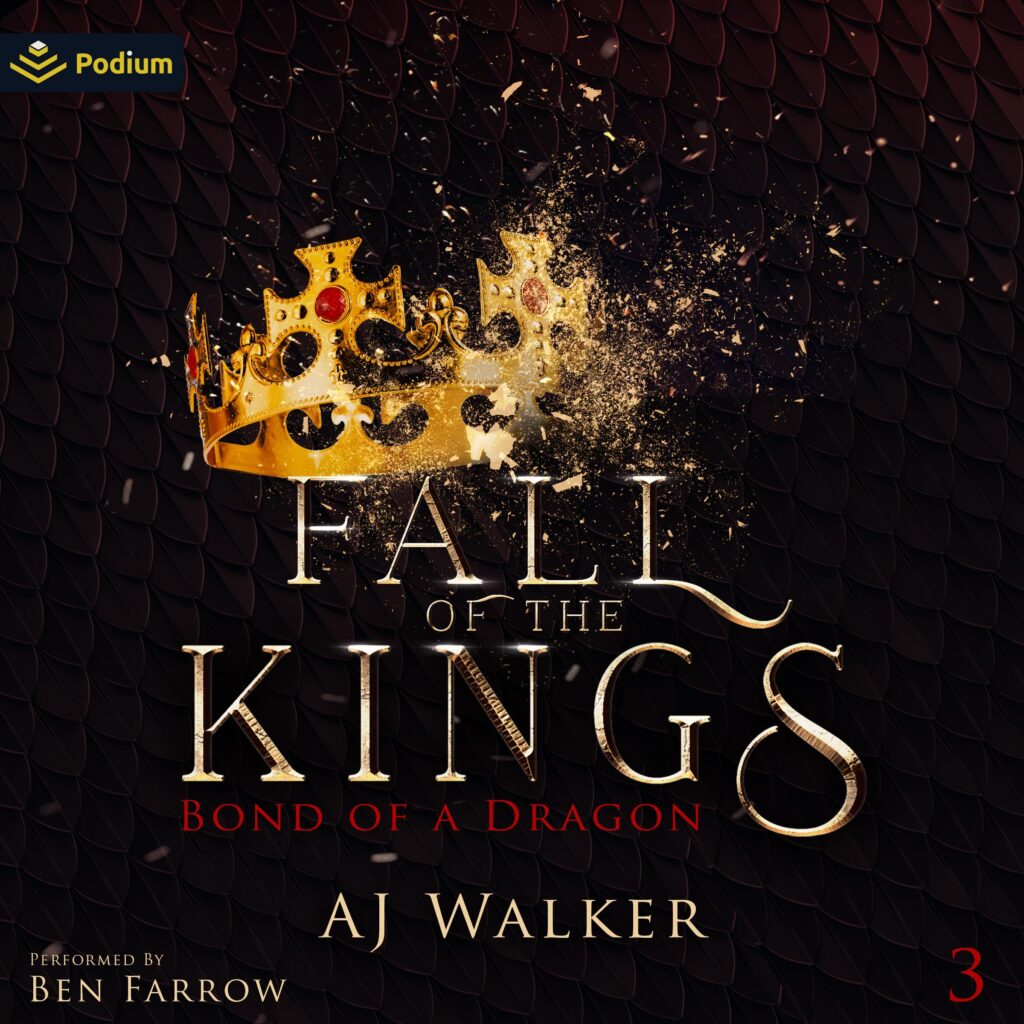 In the end, all kings must fall.
Anders is lost and without guidance. Merglan’s imperial grip tightens on the free nations. A resistance movement arises to combat venomous magic, but is it too late?
When Anders awakens in a foreign land, he finds himself far from the campaign in Southland and anxious to get back. The sapphire’s intoxicating grip has given him more than just a craving for power. Its tainted magic pushes him closer to the precipice of becoming more like the evil that he is foretold to destroy. In his attempts to resist the darkness, Anders must work through his pain before he can return to the fight he abandoned so suddenly.
After the allied armies are forced to disband, the five nations begin to feel the effects of the dark sorcerer’s imperial rule. Foreign invaders occupy Westland. Southland is flooded with orcs. Humans and dwarfs must band together in resistance. Unlike the elves, who can hide behind their magically protected walls, the other races in Kartania’s kingdoms are drastically affected by the absence of an allied dragonrider. With the fate of Kartania hanging in the balance, will these various allegiances unite to combat Merglan’s expansion? Can Anders work with his dragon, Zahara, to gain back what advantage they once had? Will Kirsten survive long enough to see Westland’s revolt? What has become of Ivan and those left behind in Southland?

As a Montanan, I grew up kayaking, climbing, hunting, fishing and doing just about any other outdoor activity I could. As a youth, I did not expect that I’d one day become a novelist. I was diagnosed with dyslexia at a young age and struggled with a third grade reading comprehension through most of high school. It wasn’t until I started neurofeedback therapy that I was able to read and write at the same level as my peers. Before striving to become an author, my path as an avid whitewater kayaker and wildland firefighter lead me to a degree in Forestry at the University of Montana. It wasn’t until after college that I started writing fiction. Now, I’ve become a published author and uncovered my passion for being a fantasy writer. As I continue my career, I plan on producing unique worlds and engaging characters that my readers will love. Though I don’t kayak off 90-foot waterfalls or run class-V whitewater anymore, I have plenty of personal experiences that I use to authenticate my style of writing.