Fate of the Drowned | Podium Audio

Fate of the Drowned 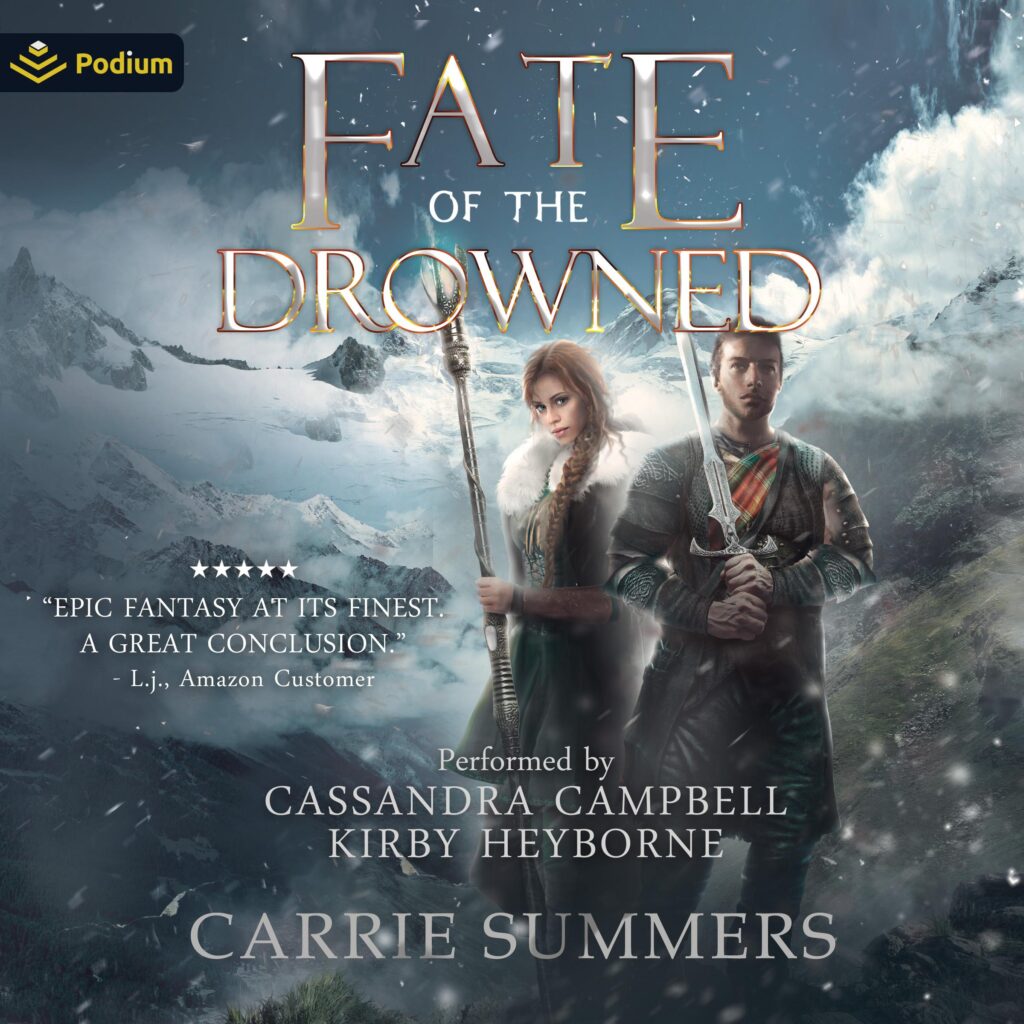 The Empire is shattered.
From the northern ice fields to the storm-battered coast, chasms gash the landscape. Hordes of twisted beasts ravage towns and cities, and still, the people riot.
But the prophecies offer hope. Bolstered by the newfound, if fragile, peace with Stormshard, Emperor Kostan begins to fortify his rule. Savra, torn between her desire to learn her family’s fate and the duty she feels to her Emperor, delves deeper into her magic in hopes she can answer both calls.
At the heart of the Empire, an ancient seal will soon fail. But Savra and Kostan will fight to the end. Together they represent the Empire’s last hope for salvation.